What to Make of the Pullback in Lightwave Logic, Inc. (OTCMKTS:LWLG) 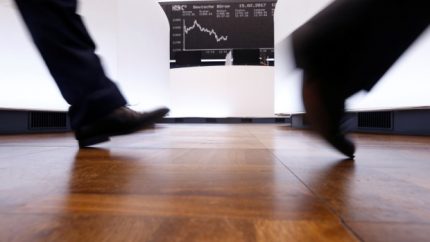 Lightwave Logic, Inc. (OTCMKTS:LWLG) is a micro-cap player in the alternative IT space that has started to pull back after an extremely strong move higher in April and May. Management closed last week with an announcement that it unveiled an aggressive strategy during its annual meeting of shareholders to address the burgeoning and explosive 100Gbps market opportunity using its all-organic 25 Gps ridge waveguide modulator in a 4 channel architecture (4×25 Gbps).

According to the release, the company also revealed initial simulation results that show that the company is also preparing to address the 400Gbps market with 50Gbps ridge waveguide modulators. Traders will note 61% piled on for shareholders of the stock during the trailing month. The situation may be worth watching. LWLG has evidenced sudden upward volatility on many prior occasions. What’s more, the listing has registered increased average transaction volume recently, with the past month seeing approaching 340% over what the stock has registered over the longer term.

Lightwave Logic, Inc. (OTCMKTS:LWLG) frames itself as a development stage company nearing commercialization of a portfolio of organic, nonlinear electro-optical and all-optical polymers (plastic), which have the ability to alter light waves for various optical applications.

Initial use of this material is for the conversion of digital information into light pulses at speeds that are orders of magnitude faster than conventional materials, which are based on the nonlinear capabilities of inorganic materials.

In addition to developing materials for integration into customer contemplated designs, the Company is using these advanced materials as the basis for a series of proprietary, advanced integrated optical devices and sub-systems that have broad application in telecommunications, data communications and optical computing for applications in both military and commercial markets.

According to company materials, “Lightwave Logic, Inc. is a development stage company moving toward commercialization of next generation photonic devices using its high-activity and high-stability organic polymers for applications in data communications and telecommunications markets. Photonic electro-optical devices convert data from electric signals into optical signals.”

Find out when $LWLG stock reaches critical levels. Subscribe to OracleDispatch.com Right Now by entering your Email in the box below.

Dr. Michael Lebby, CEO of Lightwave Logic, provided an overview of the company’s plans to take to market its 25Gbps ridge waveguide modulator through optimizing both the electro-optic polymers and the photonic device design. He reviewed the 25 GHz modulator data that indicate the suitability of the company’s devices for 25Gbps applications. He also noted that the company had now entered into a contract with a packaging partner who has deep experience in high-speed telecommunications and data communications optoelectronic devices. The partner will package Lightwave’s 25Gbps modulators so further evaluations can be made–both internally and externally by potential customers.

As noted in the release, “Dr. Lebby also presented preliminary modeling and simulations of modulators similar to the 25Gbps device that showed the potential to operate at 50Gbps. There are a number of approaches to address the growing demand by the industry for 400Gbps, and one solution that is gaining momentum in the marketplace is using 8 channels of 50Gbps.”

Dr. Lebby commented, “The team has come a long way in the past 3 months with our 25Gbps modulator, and we are now laser-focused on moving the technology from prototype to marketplace.  Our team is expanding with more world-class engineers being hired to accelerate development of 25Gbps all-organic ridge waveguide modulator, as well as hone the performance.”

Earning a current market cap value of $74.5M, LWLG has a store ($2M) of cash on the books, which is balanced by virtually no total current liabilities. The company is pre-revenue at this point. This is an exciting story, and we look forward to a follow-up chapter as events transpire. For continuing coverage on shares of $LWLG stock, as well as our other hot stock picks, sign up for our free newsletter today and get our next hot stock pick!