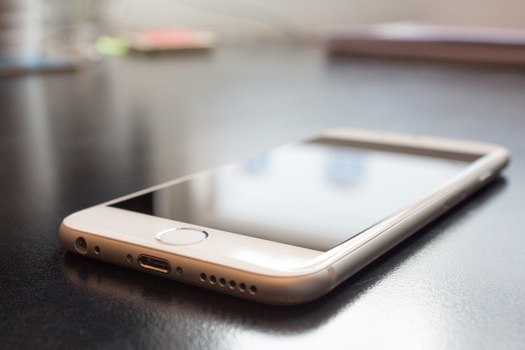 Liquidmetal Technologies, Inc. (OTCMKTS: LQMT) looks ready for a break-out. Since May, traders have thought that Liquidmetal Technologies (OTCMKTS: LQMT) might be on the verge of a breakout. And, based on the potential for the company’s amorphous metal alloys to be used in smartphones such as the Apple iPhone 7, there’s new momentum for a breakout from the $0.12-$0.18 trading range, where the stock has languished for the past six months.

LQMT, based in Rancho Santa Margarita, California is a materials technology and manufacturing company that develops and commercializes products made from amorphous alloys. While there are a number of aerospace, military and auto industry applications for these alloys, the ones that currently have traders’ attention are the ones related to consumer electronics.

Liquidmetal Technologies (OTCMKTS: LQMT) has the products to be a major factor in the multi-billion dollar lithium compounds market. The reason is that the alloys produced by LQMT possess a combination of high-tensile strength, excellent resistance to corrosion and high resistance to wear. But their real value is their ability to be injection-molded into very precise shapes, just like plastic, but with the strength of metal. This is a property much valued by consumer technology gadget makers, including the makers of both smartphones and smart watches.

Back in 2010, LQMT signed a $20 million deal with Apple for the smartphone maker to use its metal alloy technologies in its line of products. The licensing deal grants Apple perpetual, worldwide and exclusive use of LQMT’s commercial intellectual property related to consumer electronic products. In June 2015, Apple renewed its exclusive rights to these alloys and the current thinking is that the company will use the alloys in the production of the iPhone 7 and iPhone 7 plus. As Apple explores ways to remove the home button from the iPhone, the thinking is that liquid metal alloys will play an important role in future iterations of the iPhone, including a possible use for touch sensors.

While the California-based LQMT currently has a market capitalization of just over $101 million with almost zero institutional ownership, the bigger picture is that LQMT was once a $20 billion stock that traded on the New York Stock Exchange. The company’s history dates back to the early 1990s, when it was formed out of a research project at the world-famous Cal Tech. In 2002, the company went public via an IPO; however, from a level near $20, the stock price has been trading under $2 a share ever since 2004.

There’s certainly reason to be excited about Liquidmetal Technologies. The hope among investors is that deals similar to the Apple one are now on the short-term horizon, given that the company has more than 70 patents in its intellectual property portfolio. When Liquidmetal Technologies signed the Apple licensing deal back in 2010, the company’s stock price skyrocketed from about $0.10 to $1.75 per share, so there’s significant upside potential if one of these deals gets done.

LQMT is also making headlines in Hollywood; The OMEGA Seamaster 300 “SPECTRE” Limited Edition will be worn by Daniel Craig in his upcoming role as James Bond in the 24th installment of the film series, SPECTRE.

“The watch features a bi-directional, rotating diving bezel, made from black, polished ceramic, combined with a LiquidMetal® 12 hour scale, so that time can be kept with any country in the world.”

Looking to take advantage of the unique properties of Liquidmetal alloys, Swatch Group became a licensee of Liquidmetal technology in 2009. Liquidmetal alloy is now featured in several OMEGA watches, predominantly in the Seamaster family. The zirconium-based amorphous metal allows for the blending of ceramic and metal due to its low critical cooling rate, resulting in impressive hardness and corrosion resistance.

Looking ahead, some investors are now anticipating a NASDAQ listing for the company, which is looking to pay down the remainder of its debt and bolster its overall cash position. LQMT remains among the world leaders in the ability to produce amorphous alloys in commercially viable bulk form, and the number of applications continues to grow. In October 2015, for example, LQMT began a new production relationship with medical device manufacturer CoNextions. To get the full story on LQMT, subscribe below to Oracle Dispatch right now.