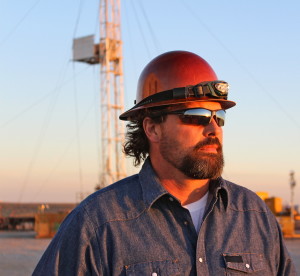 LinnCo LLC (OTCMKTS:LNCOQ) is an affiliate interest in Linn Energy, LLC, which is another victim of the oil bath that soaked the market from 2014 to earlier this year. The company is a clear case of overleveraging and greed at the height of debt availability, and has paid a dear price in the aftermath of the commodity crash that ensued. However, in recent days, the common stock of LNCOQ has gone into a massive squeeze on the heels of a similar move in a very similar Chapter 11 case in Breitburn Energy.

In both cases, the concept of a recovery of some value for equity has probabilistically increased as the price trends in both WTI Crude Oil and Natural Gas continue to surge higher. We’ve witnessed approaching 270% piled on for shareholders of the name during the trailing month, a rally that has pushed up against longer standing distributive pressure in the stock. Market participants may want to pay attention to this stock. LNCOQ has a track record that includes a number of dramatic bounces. Furthermore, the listing has benefited from a jump in recent trading volume to the tune of nearly 270% over the long run average.

LinnCo LLC (OTCMKTS:LNCOQ) trumpets itself as a company that, through its interests in Linn Energy, LLC, engages in the acquisition and development of oil and natural gas properties in the United States.

Its properties include the Hugoton Basin, the Rockies, and the Permian Basin, as well as located in California, East Texas and North Louisiana, the Mid-Continent, Michigan/Illinois, and South Texas. As of December 31, 2015, it had approximately 4,488 Bcfe of proved reserves.

The company was founded in 2012 and is headquartered in Houston, Texas. On May 11, 2016, LinnCo, LLC filed a voluntary petition for reorganization under Chapter 11 in the U.S. Bankruptcy Court for the Southern District of Texas. It is in joint administration with Linn Energy, LLC.

Find out when $LNCOQ reaches critical levels. Subscribe to OracleDispatch.com Right Now by entering your Email in the box below.

On May 11, 2016, Linn Energy, LLC (LINEQ), LinnCo, LLC (LNCOQ – an affiliate of LINN Energy), certain of the LINN Energy’s direct and indirect subsidiaries, and Berry Petroleum Company, LLC, filed voluntary petitions for reorganization under Chapter 11 of the United States Bankruptcy Code, as noted above.

On October 7, 2016, the debtors entered into a restructuring support agreement with some of its creditors owed in the company’s 12% Senior Secured Second Lien Notes that will come due, in theory, in December 2020, as well as those holding some of LINN Energy’s unsecured notes.

However, those who thought, until recently, that this would be a simple and quick process have been surprised by recent turns taken by the parallel case we noted earlier (BBEPQ), in which the SEC actually stepped in to advise an equity committee formation, which may promote the emergence of ‘sticky’ equity value for common note holders.

We estimated in that case that roughly 40% of the float was held short on leverage there. Once the tide turned, the result was effectively a panic of covering and re-positioning.

The same thing has clearly taken place here. In effect, blood is in the water. The positioning paradigm on upstream MLP BK positioning was all about the disaster to come in the form of CODI designations and a clear wipe out for common value. That paradigm has come into question, and hence, we have a re-positioning event of broad implications.

Here is part of that story: Remember, in this type of situation, there are two major enemies to the assumption of equity wipeout. The first is the value of assets. The second is the time to resolution. They are often related, particularly when the underlying asset base is a function of commodity market behavior, and the relevant commodity markets are trending higher.

We have seen both oil and nat gas rise by more than 20% in the past few weeks, and hit or test new 52-week highs. At the same time, LNCOQ just saw the following:

That means LNCOQ has seen both: 1. strong trends in the related commodity markets and 2. a clear delay to the time frame to resolution. Throw in the parallel case with Breitburn Energy and the SEC, and you get a mass repositioning event. For continuing coverage on $LNCOQ and our other hot stock picks, sign up for our free newsletter now and get our next hot stock pick!