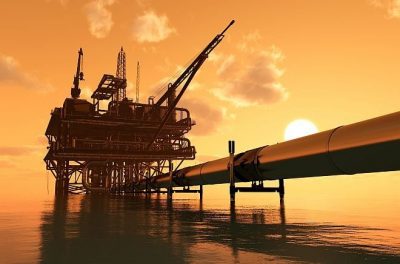 LinnCo LLC (OTCMKTS:LNCOQ) is, as we have noted in the past, an affiliate interest in Linn Energy, LLC, which is another one of the many victims of the oil glut that drowned the market from 2014 to earlier this year. Now, the company faces the twists and turns of bankruptcy court proceedings. However, as we shall see below, there are new forces acting as wind at the back of the energy bankruptcy cases, and this could become a very interesting story.

As far as recent action, traders will note gains reaching 25% during the past month in the listing, but that move comes in the context of a large and brutal long term bearish trend. That said, traders have been focused on this stock for good reason simply given its strong liquidity and wide daily swings. And that isn’t likely to change anytime soon.

LinnCo LLC (OTCMKTS:LNCOQ) trumpets itself as a company that, through its interests in Linn Energy, LLC, engages in the acquisition and development of oil and natural gas properties in the United States.

Its properties include the Hugoton Basin, the Rockies, and the Permian Basin, as well as located in California, East Texas and North Louisiana, the Mid-Continent, Michigan/Illinois, and South Texas. As of December 31, 2015, it had approximately 4,488 Bcfe of proved reserves.

The company was founded in 2012 and is headquartered in Houston, Texas. On May 11, 2016, LinnCo, LLC filed a voluntary petition for reorganization under Chapter 11 in the U.S. Bankruptcy Court for the Southern District of Texas. It is in joint administration with Linn Energy, LLC.

Find out when $LNCOQ stock reaches critical levels. Subscribe to OracleDispatch.com Right Now by entering your Email in the box below.

As noted above, new and potentially big things are afoot in the oil space. This is a fact that bears heavily on the likelihood of a recovery of value for common shareholders of LNCOQ. The big piece of the puzzle is the move made by OPEC on Wednesday.

They reached a deal to curb production by 1.2 million barrels of oil per day among exporters in the cartel after over two years of failing to get on the same page. But what is most significant in the deal is that it included Russia. OPEC is a relevant factor only to the extent that they can incorporate agreement with non-OPEC major producers because, these days, the OPEC countries only control about a third of global production.

The Russians committed to cut 300k bopd. Their inclusion suggests that more powerful policy making is now possible and can take place in coming months. It is this more than anything that makes this recent OPEC “deal” – which itself is light on powerful, enforceable production limitations – something that changes the game in the oil market. Whenever OPEC has relevance and power, the price of oil will be higher.

It is this binding of OPEC and non-OPEC players that gives the deal force and power and allows us to imagine an oil market once again at the beck and call of a policy body. Whenever OPEC has relevance and power, the price of oil will be higher.

As we have noted elsewhere, it was largely the growth and boom of the shale producers in the US, combined with the dramatic rise of Russian production volume in 2012 and 2013, that contributed to a demotion in the relevance of OPEC such that they couldn’t react authoritatively to support oil when it rolled over in October and November two years ago. In any case, the oil market has reacted extremely well to the news this week, with WTI Crude Oil prices rising back above the key $52/bbl level, up 11% in two days.

This is hugely beneficially for companies like LinnCo. However, it hardly guarantees that the company will emerge with shareholders aboard the new ship. In fact, the stock is not at all displaying tremendous technical signals or an overly enthusiastic market tape.

Earning a current market cap value of $24.9M, LNCOQ is a clear case of overleveraging and greed at the height of debt availability, and has paid a dear price in the aftermath of the commodity crash that ensued. However, in recent days, the crude oil market has gone into a massive squeeze on the heels of a potentially game-changing new arrangement. Time will tell. Many similar chapter 11 cases tied somehow to the price of oil will clearly hang in the balance. We will update the story again as events transpire. For continuing coverage on shares of $LNCOQ stock, as well as our other hot stock picks, sign up for our free newsletter today and get our next hot stock pick!