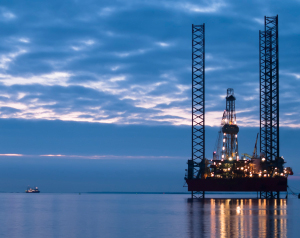 Linn Energy LLC (OTCMKTS:LINEQ) has been grinding back to the downside after a spirited bout of “back from the dead”, Chapter 11 buying along with other commodities plays during the first half of October. The proximal catalyst was the announcement by OPEC at the end of September that they were expecting some sort of agreement to come of their meeting in Algiers. However, data has tumbled sharply in recent weeks and many have begun to speculate that a deal at the OPEC November 30 meeting may be a far-fetched idea.

That said, the company saw a resurgence of hope today as the oil market finally bounced, with crude oil front month futures blasting over 5% higher as the black gold market finally caught a bounce in the Trump bonanza being felt by the rest of the commodities space following last week’s elections. In addition, today saw a positive piece of analysis come onto the scene by credit agency Moody’s proclaiming, “the Global Independent Exploration and Production (E&P) industry has been revised to positive from stable, reflecting expectations that EBITDA will grow by 20%-30% in 2017 for the sector… A projection of an annual EBITDA growth rate greater than 5% indicates a positive outlook for the sector.”

Linn Energy LLC (OTCMKTS:LINEQ) bills itself as an independent oil and natural gas company that acquires and develops oil and natural gas properties in the United States. Its properties are located in the Hugoton Basin, the Rockies, California, east Texas and north Louisiana, the Mid-Continent, Michigan/Illinois, the Permian Basin, and south Texas.

As of December 31, 2015, the company had proved reserves of 4,488 billion cubic feet equivalent; and operated 19,294 gross productive wells. Linn Energy, LLC was founded in 2003 and is headquartered in Houston, Texas. On May 11, 2016, Linn Energy, LLC, along with its affiliates, filed a voluntary petition for reorganization under Chapter 11 in the U.S. Bankruptcy Court for the Southern District of Texas.

Find out when LINEQ stock reaches critical levels. Subscribe to OracleDispatch.com Right Now by entering your Email in the box below.

We noted the bearish run of data in our update on this company a couple weeks ago, stating, “The Energy Information Agency was out with what, on its face, was the most bearish oil inventory report to ever hit the news wires. In all, crude inventories rose by over 14 mln barrels, the most ever. And the rise was not expected. In addition, U.S. crude oil refinery inputs averaged over 15.4 million barrels per day during the week ending October 28, 2016, 104,000 barrels per day less than the previous week’s average. Refineries operated at 85.2% of their operable capacity last week. Gasoline production decreased slightly last week, averaging over 9.8 million barrels per day. Distillate fuel production increased last week, averaging about 4.7 million barrels per day.”

However, the company is starting to work with the boom going on in surrounding related infrastructure plays in the wake of the election of Donald Trump as the 45th president of the United States.

Trump has made very clear that he is angling toward a massive fiscal stimulus program potentially heading towards one trillion dollars in size with an aim targeting the infrastructural facilities of the US. And he will likely have the cooperation of both houses of Congress on his side after inauguration early next year. The prospects this situation entails have lit a fire under the industrials and materials sectors around the world, boosting prices of copper, shipping, iron ore, steel, nickel, and related equities, as well as steepening bond yield curves as investors start to rethink inflation expectations. This is perhaps finally starting to pay off for energy resources.

However, as noted above, there will be a number of steep hurdles for oil plays because there is simply too much oil. To compound this theme, just today came the announcement that one portion of the giant field, known as the Wolfcamp formation in West Texas, was found to hold 20 billion barrels of oil trapped in four layers of shale beneath the desert, the U.S. Geological Survey said in a report on Tuesday.

With an already record glut of oil in storage in the US and abroad, an additional find of this magnitude makes us skeptical that one should be toying around with bankrupt Chapter 11 cases in the Exploration and Production space when there are other more exciting possibilities starting to come into focus.

In any case, recent action has seen as much as 50% piled on for shareholders of LINEQ stock during just the last couple days. But it is clearly a bounce that has taken root amid largely bearish action over the past several weeks.

Earning a current market cap value of $63.6M, LINEQ is working through the complex twists and turns of bankruptcy, and it may be ill-positioned for that fight from a common legacy shareholder standpoint.

That said, Tuesday’s action shows that there is still a lot of excitement left in this story and traders can do far worse than to keep this one on the radar. We will be back on this story with another update in the near future. For continuing coverage on shares of $LINEQ stock, as well as our other hot stock picks, sign up for our free newsletter today and get our next hot stock pick!