What Lies Ahead for Dolat Ventures Inc (OTCMKTS:DOLV) 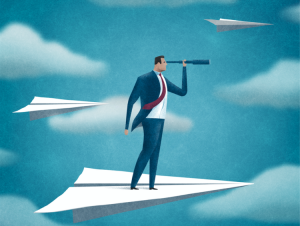 Dolat Ventures Inc (OTCMKTS:DOLV) is a recent reverse merger that we called very nicely back in late March (see that article here). At this point, the world now knows in an explicit fashion that Dequn Wang has reverse-mergered his electric vehicle company into the Dolat structure. The company will be seeking to formally change its name and stock ticker over the near term to reflect the new business, which is set to be called “JB&ZJMY Holding Company, Inc.”

As we noted in our prior speculative piece, the clues were in place: “So, what are we to say about this wild rally? Several possibilities come to mind. But one must focus on the company’s move to get its information current. One reason we might see this is if we are about to see a major announcement where regulations demand current filing status, such as a reverse merger of some kind.” We also noted at the time that Dequn Wang was identified quietly as “President” of DOLV as of February 7, 2017, according to the Wyoming Secretary of State website.

Dolat Ventures Inc (OTCMKTS:DOLV) now casts itself as an electric vehicle company. That represents a space in the market that clearly carries some “buzz” status at this point, which likely forces some premium into shares in its own right.

That said, there isn’t a whole lot more we can say for sure about the new DOLV given that we don’t have filed financial reports on JB&ZJMY Holding Company, Inc. Founded in March of 2015, Ji Ming Yang focuses on the development of batteries for “New Energy Vehicles”.

According to company materials, “The company possesses a number of patents seeking to enhance and extend battery life while also reduce operating costs. The Company seeks to commercialize solutions to the problems faced by all vehicle battery manufactures, such as shortage of battery life, expensive materials, and charging station issues.

As part of the acquisition the company will be offering to current and future employees based in the Peoples Republic of China the opportunity to purchase new JB&ZJMY common stock units for $0.10 (Ten Cents USD) per share with one warrant attached exercisable for two years at $0.15 (Fifteen Cents USD) for a total of 10,000,000 (Ten Million) units pursuant to a Regulation S offering on a best efforts basis expiring on July 17th 2017.

The Company intends to file consolidated financial statements reflecting the acquisition during the next two weeks. We thank our shareholders for their interest in the Company and patience while we bring our filings current.”

Find out when $DOLV stock reaches critical levels. Subscribe to OracleDispatch.com Right Now by entering your Email in the box below.

The press release outlining the transaction out of the company falls short of plainly stating that this was a reverse merger: “The control of the Company was acquired by Mr. DeQun Wang on January 11, 2017 pursuant to an agreement that was entered into on December 2, 2016. On that date Mr. Wang acquired 300,000 shares of the Company’s Class C Preferred Stock which is convertible into 750,000,000 shares of the Company’s common stock and carries an equal number of votes.

Incorporation authorizing the preferred stock, the Company also acquired all of the issued and outstanding shares of Ji Ming Yang Amperex Technology Limited (Ji Ming Yang), a Chinese corporation in exchange for one hundred thousand Class D Preferred Stock convertible into 100,000,000 shares of the Company’s common stock. Subject to FINRA approval the Company will reflect the new business combination by changing its name to JB&ZJMY Holding Company, Inc. and seeking a new symbol.”

In any case, the narrative is pretty clear.

And it’s certainly one the market appreciates. The chart shows nearly 1900% added to share values of the company over the past month of action. This is emblematic of the stock. DOLV has evidenced sudden upward volatility on many prior occasions. Moreover, the company has registered increased average transaction volume recently, with the past month seeing exceeding 110% over what the stock has registered over the longer term.

Where does the DOLV story go from here? Strangely, the situation surrounding this ticker has become, if anything, even more uncertain following the breaking of the merger news, which is unusual. There is very little hard data to lend insight into the new company. But we will certainly be vigilant and update the story as soon as we get wind of anything new on the name. For continuing coverage on shares of $DOLV stock, as well as our other hot stock picks, sign up for our free newsletter today and get our next hot stock pick!