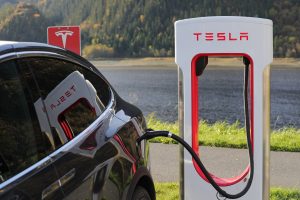 As noted above, LRTTF just announced plans for a geophysical survey at its 15,857 hectare (39,183 acre) joint venture interest in the Pocitos West Project located on the Pocitos Salar in Salta Province, Argentina. The stock has responded well of late as the market awaits the potentially pivotal results from the survey.
Morgan Tincher, Liberty One Lithium’s CFO notes, “We are pleased to have the ability to quickly move forward in determining the extent of the mineral assets at Pocitos West. Our JV partners at Millennial have extensive exploration experience in the area and we are very much on the same page with their proposed workplan and executable timeline. We enjoy the same enthusiastic outlook for the opportunities this region represents, as Lithium continues to show great promise for the foreseeable future. As mentioned previously, our intent is to move ahead with our initial NI 43-101 report and to continue to focus our efforts on building shareholder value.
We’ve witnessed 34% during the past month in terms of shareholder gains in the company, a rally that has pushed up against longer standing distributive pressure in the stock. That said, LRTTF has a track record that includes a number of dramatic bounces. What’s more, the listing has registered increased average transaction volume recently, with the past month seeing a bit over 260% above its longer run average levels.
Currently trading at a market capitalization of $24.16M, LRTTF has virtually no cash on the books, which must be weighed relative to virtually no total current liabilities. LRTTF is pulling in trailing 12-month revenues of $34K. However, the company is seeing declines on the top line on a quarterly y/y basis, with revenues falling at -53.5%. This may be a very interesting story and we will look forward to updating it again soon. For continuing coverage on shares of $LRTTF stock, as well as our other hot stock picks, sign up for our free newsletter today and get our next hot stock pick!
Disclosure: we hold no position in $LRTTF, either long or short, and we have not been compensated for this article.