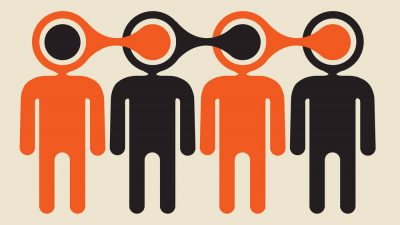 Lexaria Bioscience Corp (OTCMKTS:LXRP) is a penny stock that has grabbed hold of the attention of traders during the stock’s recent bounce. Shares have been on fire of late, and management is actively investing in greater awareness on the story, recently contracting CFN Media as an agency toward that end. The initial step in the promotion is an active focus on the company as having “innovative technology that makes cannabinoid-infused products more palatable and bioavailable for patients.”

Recent action has seen 89% piled on for shareholders of the name during the trailing month. The situation may be worth watching. LXRP has a track record that includes a number of dramatic bounces. Moreover, the company has benefitted from a jump in recent trading volume to the tune of 280% beyond its prior sustained average level.

Lexaria Bioscience Corp (OTCMKTS:LXRP) promulgates itself as a company that, through its subsidiary, PoViva Tea LLC, produces and sells hemp oil-infused food products extracted from agricultural hemp under the ViPova and Lexaria Energy brand names in the United States.

According to company materials, “Lexaria Bioscience Corp. is a food biosciences company with a proprietary technology for improved delivery of bioactive compounds. The Company’s lipophilic enhancement technology has been shown to enhance the bioavailability of orally ingested cannabinoids, while also masking taste. This technology promotes healthy ingestion methods, lower overall dosing and higher effectiveness in active molecule delivery. The Company’s technology is patent-protected for cannabidiol (CBD) and all other non-psychoactive cannabinoids, and patent-pending for Tetrahydrocannabinol (THC), other psychoactive cannabinoids, non-steroidal anti-inflammatory drugs (NSAIDs), nicotine and other molecules.”

Find out when $LXRP stock reaches critical levels. Subscribe to OracleDispatch.com Right Now by entering your Email in the box below.

The recent release notes that “the cannabis industry is expected to reach $50 billion by 2026, according to Cowen & Co., but there are still many hurdles to overcome. Aside from the legality of the drug, culinary experts like Greg Mowery have called cannabinoid-infused products ‘bitter, acrid and unpalatable’ and medical research has highlighted the struggle with metabolism and absorption. These challenges must be overcome for medical cannabis to become truly mainstream.”

As we have noted in our recent coverage on the space, one of the most important dynamics for fund managers and retail investors to observe with the increasing legality of the cannabis space is the many cottage-industry possibilities that will form around it. From packaging, to marketing and biz development, to delivery and technology, the story will quickly become an ecosystem story rather than a commodity production story. LXRP is another such example.

The note continues to make the case for what this company brings to the table: “Lexaria researchers processed a mixture of hemp oil, black tea, and select lipids to create a cannabinoid-infused tea that resulted in as much as a 499% increase in intestinal tissue permeability for cannabidiol (CBD) over a concentration matched mixture of just CBD and water. The key is ‘shuttling’ the cannabinoid molecules within lipid molecules to protect them as they pass through the stomach while still enabling them to be absorbed into the intestine. In addition, Lexaria and its partners have shown that Lexaria’s technology results in onset of cannabinoid effectiveness in edible dosage forms in as little as 15-20 minutes, which compares favorably to conventional edibles often requiring 60-120 minutes to act.”

“Encapsulating cannabinoid molecules has the added benefit of eliminating any undesirable tastes. After all, the actual molecules do not encounter the blood stream until the intestinal tract rather than on the tongue. This addresses issues stemming from the bitter taste and unpalatability of cannabinoids in edibles and beverages by removing the herbal flavor and enabling manufacturers to leverage any other flavoring elements.”

At this time, carrying a capital value in the market of $24.1M, LXRP has virtually no cash on the books, which is balanced by about $331K in total current liabilities. One should also note that debt has been growing over recent quarters. LXRP is pulling in nominal trailing 12-month revenues of $41K. In addition, the company is seeing major top line growth, with y/y quarterly revenues growing at 84.8%. So, while they aren’t making much yet, things are at least moving in the right direction. You can bet we will update this one again as new information comes into view. For continuing coverage on shares of $LXRP stock, as well as our other hot stock picks, sign up for our free newsletter today and get our next hot stock pick!