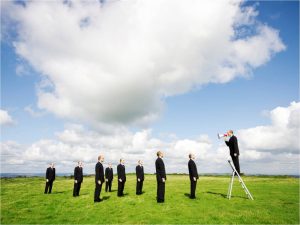 MX GOLD CORP COM NPV (OTCMKTS:MXLGF) shares sold off in Q4 2016 under tax loss selling pressure selling off from .30 cents to under a dime. It was a tough close of 2016 for the company as one of a few mining and metal stocks who didn’t participate in an overall industry rally.

The company announced recently that the Magistral Management Committee, which manages the Company’s partnership with Firma Holdings Corp. (FRMA) through its subsidiary Gracepoint Mining Corp., has hired a Project Manager, completed internal project assessments and formally engaged the mining construction firm “Componentes Mineros” for a turn-key supply and installation of a 1,000 tonne per day (tpd) Merrill Crowe processing plant at Magistral. This led to a nice rally off the lows created by the tax loss sales retracing much of the Q4 selloff. Shares have fallen back some, but seem to have moved out of the danger zone.

Much of the rally is due to leadership changes when the company hired Benitzel Ávila Sanchez as the Magistral Project Manager. Mrs. Sanchez is a chemical engineer with extensive mining experience who has been previously employed in several key management positions, including various positions at Alamo Gold’s 18,000 tpd Mulatos Mine from 2007-2014. More recently Mrs. Sanchez has been a consultant on various projects worldwide.

Find out when MXLGF stock reaches critical levels. Subscribe to OracleDispatch.com Right Now by entering your Email in the box below.

Coinciding with the civil work and additional plant construction, some of which has already begun, the Company is in the process of submitting the necessary permits and approvals that will cover the new plant design. The construction process is forecast to be 80% completed by September 2017, with the remaining 20% to be completed after the new permit has been received. It is expected that the plant can be completed and commissioning can begin in January 2018.

A historical estimate was completed by Corporation Ambiental de Mexico SA de CV on Jan. 20, 2012, titled “Perforacion y Muestreo en Presa de Jaleas Estimation Volumetrica, Tonelaje y Ley Promedio.” The CM report estimated a probable reserve of 1.25 million tonnes averaging 2.06 grams per tonne gold. The assumptions for this estimate were based on 58 auger samples, 2.45 metres to three metres in length from 24 drill holes. There has been no additional work on the tailings project since Jan. 20, 2012, and there is no more recent estimate or data available to the Company to verify the historical estimate.  The CM report does not comply with National Instrument 43-101, Standards of Disclosure For Mineral Projects, a qualified person has not done sufficient work to classify the historical estimate as a current mineral resource or reserve and the Company is not treating the historical estimate as a current mineral resource or reserve. The company has initiated a data verification program with additional geochemical studies by trenching of the tailings project.

Mr. Francis Biscan Jr., Chairman and CEO of Firma Holdings Corp., stated, “We are excited to have been able to obtain a project manager with the experience and dedication that Mrs. Sanchez brings to the project with her considerable resources and technical skills.”

Mr. Dan Omeniuk of MX Gold, stated, “It is rare to find both people and projects that are such a perfect fit for our vision at MX Gold. GracePoint Mining’s focus on building a portfolio of projects with upside potential is very attractive to us.”

MX Gold Corp. is a junior mining company focused on the exploration, development and mining of advanced projects located in British Columbia and Mexico.

The Company’s primary focus in British Columbia is its high-grade Willa gold and copper project located 12 kilometers south of Silverton, B.C. In 2015, MX Gold Corp. completed the accretive acquisition of the Willa project and the Max Molybdenum Mine and Mill Complex. This acquisition removed major costs and shortened timelines typically associated with mine project development. The Willa mine is located 135 kilometers south of the Max Mill. MX Gold Corp. can also elect to reopen the Max Molybdenum mining operation once world Moly prices improve.

Shares may have bottomed into 2016, so this is a good candidate for a rebound in Q2 2017, and certainly one we will be watching. For more news on $MXLGF and other fast-moving penny stocks, please subscribe to OracleDispatch.com below.