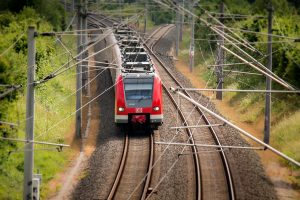 Las Vegas Railway Express Inc (OTCMKTS:XTRN) is seeing a pullback to .00050 after its break out late last month (That said, it is till trading up for the day by 66%). News broke on the first of this month that X Rail (XREE) was turning XTRN into a freight handling subsidiary.  Its purpose is the operation of developing freight opportunity here in Las Vegas and the management of the development and operations of a new passenger station to be built for the X Train’s regular service from Los Angeles to Las Vegas. The price has gone triple zero since that announcement, but the OTC is still actually interested about what this buyout could mean for the valuation.

CEO Michael Barron stated, “We have several freight operations which we can potentially take over on a site where we plan to construct our train station for the X Train.” He continued, “There is no train station in Las Vegas for a passenger service and with regular service now becoming a reality, the logistics of car movement, storage, repair and station management require us to get into the terminal switching business. The integration of the XTRN company and reconfiguring it as a freight operation is a perfect fit for us.”

Las Vegas Railway Express Inc (OTCMKTS:XTRN) was once billed as a unique passenger rail car for wine trips and luxury travel. This buyout and freight conversion now changes the trajectory.

Find out when $XTRN stock reaches critical levels. Subscribe to OracleDispatch.com Right Now by entering your Email in the box below.

CEO Michael Barron stated, “This is a consolidation of all of the X Train brand still held under a royalty agreement between X Rail Entertainment, Inc. (XREE) and Las Vegas Railway Express, Inc. (XTRN). The offer would deposit into XTRN the total of $20 million in cash and securities in exchange for 100% of the Company. The cash amount is capped at $100,000 or less to pay for legal and accounting fees associated with this transaction and to see some legal actions concluded.”

XTRN has seen its share price plummet from $3.00 per share in early 2014 to a fraction of a penny due in large part to active convertible debt instruments, which drove the price down through massive selling. XTRN was forced to license its X Train brand to XREE in order to remain in business. The offer by XREE is a repurchase of the royalty stream from the X Train brand license.

XTRN is to receive 5,714,285 shares of XREE in exchange for 100% of the capital stock. XTRN shareholders hold approximately 1.7 billion shares, which would mean each shareholder would receive one share of XREE common stock for approximately every 300 shares of XTRN stock they hold. The exchange of shares will be managed by XTRN. The closing will occur when XREE receives a total of 60% of the outstanding XTRN shares on exchange.

Las Vegas Railway Express Inc (OTCMKTS:XTRN) might have been subdued by the buyout from its competitor XREE. This might be an exaggeration, but logistics just don’t seem to be ready for luxury rail service between the two metropolitan areas. The market was elated by the idea that XTRN would be a luxury train between LA and Vegas, but news then broke that it would for a freighter. This is far less sexy and don’t think for a second  that Wall Street doesn’t appreciate sex appeal. For continuing coverage on shares of $XTRN stock, as well as our other hot stock picks, sign up for our free newsletter today and get our next hot stock pick!