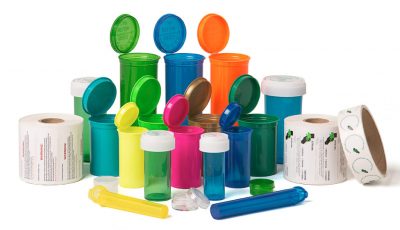 Kush Bottles Inc (OTCMKTS:KSHB) is a stock that ran on a gangbusters rally into the November 8 marijuana vote, but has since become the poster child for a sell-the-news reaction, with a dive starting on November 9 that shaved nearly 50% out of the stock in just over 10 days. But the stock bounced on Wednesday on news from Tuesday that the company has engaged Liolios Group, Inc. to lead a new strategic investor relations and financial communications program.

While the dive has been painful for investors, KSHB is a stock whose past is littered with sudden rips. In addition, the listing has witnessed a pop in interest, as transaction volume levels have recently pushed 390% beyond what we have been seeing over the larger time frame. Traders should note this as important with the stock trading on a float that is limited at just 16.19M shares. It’s something the veterans know to key on: a mechanically driven price squeeze can result from this type of mix of small float and ramping attention from traders.

Kush Bottles Inc (OTCMKTS:KSHB) bills itself as a company that markets and sells packaging products and solutions for the medical and recreational cannabis industries in the United States.

KSHB sells primarily into the b2b market, which includes legally operating medical and adult-use dispensaries, growers, and MIP producers (Marijuana Infused Products) in states with marijuana programs. The company’s goal is to reach a diversified customer base through direct sales, web, and re-distribution channels. Kush Bottles, Inc. was founded in 2010 and is based in Santa Ana, California.

According to the company’s press messaging, “Kush Bottles, Inc. provides packaging products and solutions to producers, processers and retailers operating in the regulated medical and recreational cannabis industry. Founded in 2010, Kush Bottles has sold more than 100 million bottles and regularly services thousands of customers across the United States and Canada. The company primarily services the business-to-business market, which includes legally operated medical and adult-use dispensaries, growers and marijuana-infused product manufacturers. Kush Bottles aims to be the gold standard for responsible branding and packaging in the cannabis industry.”

Find out when $KSHB stock reaches critical levels. Subscribe to OracleDispatch.com Right Now by entering your Email in the box below.

Nick Kovacevich, CEO of Kush Bottles, commented on the new investor relations agenda in the release on Tuesday: “As reported earlier this month, our fiscal 2016 proved to be an exceptional year driven by record revenue growth and improved operating efficiency. More recently, four states approved the recreational use of cannabis (CA, MA, NV, ME), while another four states approved medical use (FL, ND, AR, MT). We believe this past election will represent the inflection point for the cannabis industry as more than half the nation will now have regulated cannabis programs. Given our progress and vast opportunity ahead, we have engaged a new firm to share our growth story with a larger audience in the capital markets. Liolios brings a proven track record of enhancing shareholder value for dynamic companies like Kush Bottles, delivering the right message to the right audience with persistency and focus.”

The company also reported on its fiscal 2016 earlier this month.

Total revenues increased from $4,013,571 in fiscal 2015 to $8,215,452 in fiscal 2016, an increase of $4,201,881 or 105%. This increase is primarily attributed to continued penetration of existing markets in California, Colorado, Washington, and Oregon as well as growth in new markets in other states. In addition, growth in volume of customer orders throughout the fiscal year in these markets contributed to the increase in revenues.

Now commanding a market cap of $123.9M, KSHB has a decent store ($1.03M) of cash on the books, in a pool of total assets topping $5.6M, which leans against an extremely limited amount of total accumulated debt.

The balance sheet is strong. And KSHB is making real money, with trailing revs already coming in at $8.22M. In addition, the company is starting to see major topline growth, with quarterly y/y revs increasing at 55%. That said, the stock appears to have gotten way ahead of itself into the election. This corrective swing is likely going to offer new investors a chance to participate. We have covered this closely, and will update this interesting story again soon as events dictate. For continuing coverage on shares of $KSHB stock, as well as our other hot stock picks, sign up for our free newsletter below and get our next hot stock pick!