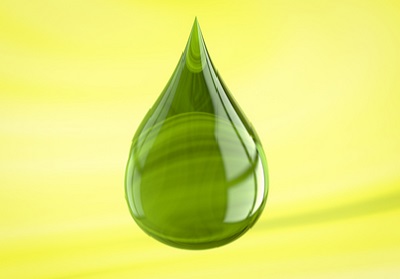 Gevo, Inc. (NASDAQ:GEVO) is a micro-cap stock that’s been pressing to the downside, potentially creating an opportunity for traders given that the company just announced that gasoline blended with its isobutanol and marketed for use in automobiles has begun to be sold in the Houston area. This marks the first time that Gevo’s isobutanol has been specifically targeted towards on-road vehicles. Previously, Gevo and its partners have focused on specialty markets such as marinas and off-road engines, as well as developing partnerships with airlines.

We’ve witnessed 14% during the past week in terms of shareholder gains in the company, but that move comes in the context of a larger bearish trend. Market participants may want to pay attention to this stock. GEVO has evidenced sudden upward volatility on many prior occasions. In addition, the listing has benefitted from a jump in recent trading volume to the tune of just shy of 30% beyond its prior sustained average level.

Gevo, Inc. (NASDAQ:GEVO) bills itself as a renewable chemicals and biofuels company that focuses on the development and commercialization of alternatives to petroleum-based products based on isobutanol produced from renewable feedstocks.

It operates in two segments, Gevo, Inc. and Gevo Development/Agri-Energy. The company engages in the research and development, and production of isobutanol; development of its proprietary biocatalysts; production and sale of biojet fuel; and retrofit process of chemicals and biofuels. It is also involved in the production of ethanol, isobutanol, and related products.

Gevo, Inc. produces and separates its renewable isobutanol through the Gevo Integrated Fermentation Technology platform. The company was formerly known as Methanotech, Inc. and changed its name to Gevo, Inc. in March 2006.

Gevo, Inc. was founded in 2005 and is headquartered in Englewood, Colorado.

According to the company’s press materials, “Gevo is a leading renewable technology, chemical products, and next generation biofuels company. Gevo has developed proprietary technology that uses a combination of synthetic biology, metabolic engineering, chemistry and chemical engineering to focus primarily on the production of isobutanol, as well as related products from renewable feedstocks. Gevo’s strategy is to commercialize bio-based alternatives to petroleum-based products to allow for the optimization of fermentation facilities’ assets, with the ultimate goal of maximizing cash flows from the operation of those assets. Gevo produces isobutanol, ethanol and high-value animal feed at its fermentation plant in Luverne, Minnesota. GEVO has also developed technology to produce hydrocarbon products from renewable alcohols. Gevo currently operates a biorefinery in Silsbee, Texas, in collaboration with South Hampton Resources Inc., to produce renewable jet fuel, octane, and ingredients for plastics like polyester. Gevo has a marquee list of partners including The Coca-Cola Company, Toray Industries Inc. and Total SA, among others. Gevo is committed to a sustainable bio-based economy that meets society’s needs for plentiful food and clean air and water.”

As we discussed last time, GEVO has figured out a way to use a renewable biofuel for commercial airline flights and is lining up airline partners to use the fuel.

Alaska Airlines is scheduled to fly the first-ever commercial flight powered entirely by the renewable biofuel. In June, Alaska Airlines completed two test flights. The fuel in this case comes from the Pacific Northwest, as forest residuals from the area are converted into sugars, then into isobutanol, then into ATJ.

The isobutanol is the key. It’s a versatile chemical for liquid fuels and for any petroleum-based product. It’s really a platform for creating a broad range of petroleum-based products. Until now, the process of converting isobutanol into airline fuel was too costly and difficult to accomplish on a massive, commercial scale. But GEVO appears to have figured out how to do this.

Now, the new headlines that on-road automotive marketing is getting underway is potentially a major breakthrough. Obviously, the next set of headlines to offer further insight into their progress on this front will be huge. But this is clearly an exciting development, and the stock is reacting.

Currently trading at a market capitalization of $54M, GEVO has a significant war chest ($22.62M) of cash on the books, along with total assets a bit less than $110M, which must be weighed relative to an appreciable load ($40.36M) of total accumulated debt.

The bottom line is that the company is making real money, with trailing revs already coming in at $29.75M over the past year. However, if they are able to make further inroads and nail down an auto market, the curve could change dramatically. We will follow up soon with further coverage and analysis. For continuing coverage on shares of $GEVO stock, as well as our other hot stock picks, sign up for our free newsletter today and get our next hot stock pick!