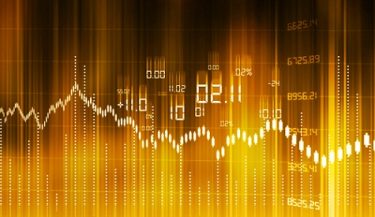 Cableclix USA Inc (OTCMKTS:CCLX) is a micro-cap stock that’s clearly begun to spur some interest among players in the marketplace as shares bounce up off recent lows. The main driver for the recent jump in activity is the company’s announcement that it has begun negotiating franchise operating agreements with domestic municipalities covering the top 25 TV markets in the US. According to materials, “the potential reach of the agreements is up to 42 million households, which is 34% of all households in the US. This is great news for Cord Cutters, Cord Shavers and even some of the Cord Nevers who swore off their old cable provider for life.”

The chart shows in excess of 280% added to share values of the stock over the past month of action, but this action is running counter to the larger trend in the name. This is emblematic of the stock. CCLX has evidenced sudden upward volatility on many prior occasions. Moreover, the name has witnessed a pop in interest, as transaction volume levels have recently pushed nearly 1100% above the average volume levels in play in this stock over the longer term. Traders should note this as important due to the very limited float size in the stock (of 10.9M shares). One is wise to respect the dynamic this may create — a mechanically driven price squeeze can result from this type of mix of small float and ramping attention from traders.

According to the company, “CableClix has developed an innovative platform that ensures delivery of local affiliate content to the intended metropolitan broadcast area, while allowing customers the flexibility to watch television on a variety of devices.

The company also notes that “CableClix is different from others that have attempted to deliver similar services in the past – because we create partnerships with the national networks, local affiliates, and local ISP’s. Commonly referred to as television live streaming, the concept is often one-sided in nature and ultimately the end consumer is left to pay significant monthly subscription fees for a plethora of channels that go mostly unwatched. Concurrently, local broadcast affiliates feel the ever increasing pressure of internet-based streaming services often broadcasting the same content and diminishing the relevance of traditional TV viewing. CableClix founders believed there was an opportunity to bridge the gap between the network and affiliate interests, and at the same time, give the consumers what they are clearly asking for: the convenience of watching their favorite shows anytime, unaltered, and without a barrage of irrelevant marketing and advertisement.”

Find out when $CCLX stock reaches critical levels. Subscribe to OracleDispatch.com Right Now by entering your Email in the box below.

Recent press on the company notes that “CableClix delivers quality television programming via the Internet in high and ultrahigh definition, including local network content, directly to the local consumer, anytime, anywhere, on nearly any device. Delivery of the content will be over CableClix’s proprietary technology: the Virtual Private Cable Network or VPCN. Subscribers will be kept up to date with local, national, and international news, live sports, for a competitive monthly fee.”

Kris Domich, CEO and President of CableClix, said, “The average pay-TV subscriber watches just 10% of their package on average and many feel they are being taken in by their cable or satellite providers. They may find that the CableClix Live Local TV Broadcast package, which can be customized for the individual’s preference is the opportunity they have been waiting for… A REAL alternative to the cable TV & satellite monopoly!  For more information, visit our website at http://www.cableclix.com.”

Mark Bayliss, Chief Technology Officer and Founder of CableClix, added: “The CableClix lineup will include local channels and the big network affiliates ABC, NBC, CBS and FOX.  Each new market may have differences from the other, but subscribers can expect dozens of channels to choose from and some markets will have 60 channels or more. Well known TV Specialty Channels like Reuters, PBS, and QVC and other (OTT) streaming content providers like NETFLIX, Hulu, and Amazon Prime or HBOSelect can also be added.”

Earning a current market cap value of $5.1M, CCLX has very little cash on the books, which stands against almost no total accumulated debt. The company is pre-revenue at this stage. While there are moves being made and some promise if execution is achieved, there may be other forces at work, including some investor awareness activity in the name. Take this into consideration. We will update the story again soon as further details emerge. For continuing coverage on shares of $CCLX stock, as well as our other hot stock picks, sign up for our free newsletter today and get our next hot stock pick!