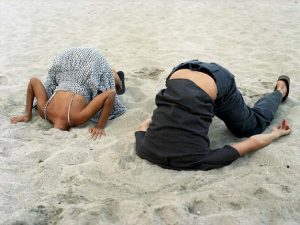 Cannabis Science Inc (OTCMKTS:CBIS) is, as we have outlined extensively, one of our very few bear picks in the cannabis patch. The company’s history of dilution and constant preoccupation with sending out a stream of completely irrelevant press releases (for those interested in a company’s ability to produce sales or earnings) has been enough to keep on the short side of the tape here. However, one must ask oneself what it would take to say enough is enough. In other words, when do we cover?
One signal that makes this question more interesting is the fact that the company has gone silent for weeks now. We haven’t seen a stretch like that for years. It seems as though at least once every 10 days, this company has come out with some type of non-revenue-related press release. But not this month. In fact, ever since we put out our “One Wrong Turn After Another” article on this company, they have gone almost completely silent. That’s interesting for reasons we will cover below.
Cannabis Science Inc (OTCMKTS:CBIS) is a company that has been actively striving for, and achieving a bump in legitimacy through some of its newly established relationships. However, the concept of sales still seems far off, which is a bit remarkable.
CBIS defines itself according to the narrative of a leading-edge researcher and designer of cannabinoid solutions to health problems.
CBIS is involved in developing medicines for autism, blood pressure, cancer and cancer side effects, as well as for other illnesses comprising for general health maintenance. It also develops CS-TATI-1 for newly diagnosed and treatment-experienced patients with drug-resistant HIV strains, as well as those intolerant of available therapies; CS-S/BCC-1 to treat basal and squamous cell carcinomas; and a proprietary cannabis-based therapy for neurological conditions.
In addition, CBIS offers an online video-based medical cannabis education system, including courses, such as medical cannabis law, medical marijuana, cooking, horticulture, and bud tending; and manufactures and distributes specialty horse and pet grooming and topical applications. It has a license agreement with Apothecary Genetics Investments LLC to produce various brand formulations for California medical cannabis market.
Find out when $CBIS reaches critical levels. Subscribe to OracleDispatch.com Right Now by entering your Email in the box below.

As noted above, we are piqued by the company’s lack of new press releases. It’s rare for this company to be so silent, especially when the share price has been so weak.
The last we heard from CBIS, the company was reporting that “the American States University Department of Agriculture industrial hemp research project on the San Joaquin Sovereign Tribal Fee Land is making good progress. There have been several property visits from the Ministry of Health of a certain Country in need of cannabinoids, stating “international supply deficiencies of high-quality industrial hemp for proper research.” The government Ministry of Health entity is one of several groups that have expressed serious interests to purchase the entire crop.”
“This intense growing demand is the reason we are doing this, we can undoubtedly provide a large amount of cannabinoids for such large medical research projects for critical ailments, however, our research, no matter how large, will only touch the tip of the iceberg of need. This strongly underlines the disparity between the lack of supply and the rising demand for cannabinoids as evidenced in the Nevada shortage this year as well as other indicating factors of serious concern,” stated Mr. Raymond C. Dabney, President & CEO, Co-Founder, Cannabis Science Inc.
Recent action has seen -6% tacked on to share pricing for the name in the past week, a rally that has pushed up against longer standing distributive pressure in the stock. That said, CBIS has a track record that includes a number of dramatic bounces. Moreover, the listing has witnessed a pop in interest, as transaction volume levels have recently pushed 40% beyond what we have been seeing over the larger time frame.
Currently trading at a market capitalization of $74.1M, Cannabis Science has a store ($322K) of cash on the books, which stands against about $2.3M in total current liabilities. One should also note that debt has been growing over recent quarters. CBIS is pulling in very nominal trailing 12-month revenues of $7K. However, the company is seeing declines on the top-line on a quarterly y/y basis. As more color becomes clear on the name, we will review the situation and update our take. Sign-up for continuing coverage on shares of $CBIS stock, as well as other hot stock picks, get our free newsletter today and get our next breakout pick!
Disclosure: we hold no position in $CBIS, either long or short, and we have not been compensated for this article.