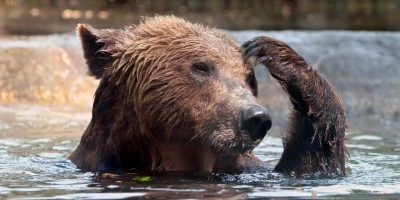 InterCloud Systems Inc (OTCMKTS:ICLDD) has become an archetypal example of the travails of a serious balance sheet problem. Ultimately, debt and dilution have tortured longer-term shareholders in the most insidious manner. In just the past year, ICLDD has given up 99.55% of its value as the company continues to fight the drag of current and forward liabilities. But management remains ever the cheerleader here, and eventually one has to assume some kind of bounce will be forthcoming. Strictly from the recent pattern, it looks as though a drop below recent range lows in the $0.016/share area is likely on the way.
That said, in a recent corporate update, ICLDD made several points in its favor. In fact, the tone of the recent letter to shareholders can be well summarized by its opening salvo: “I am pleased to say that from an operations perspective, the last six months have been successful. Our prospects have improved since the beginning of the year and our operating costs continue to be reduced.”
InterCloud Systems Inc (OTCMKTS:ICLDD) offers cloud data and network management and security to telecommunications companies. That’s the gist here.
ICLDD tells the story, it provides “end-to-end IT and network solutions to the telecommunications service provider and corporate enterprise markets through cloud platforms and professional services in the United States and internationally.” ICLDD operates through four segments: Applications and Infrastructure, Professional Services, Managed Services, and Cloud Services.
Find out when $ICLDD stock reaches critical levels. Subscribe to OracleDispatch.com Right Now by entering your Email in the box below.

According to company materials, “InterCloud Systems, Inc. is a leading provider of cloud networking orchestration and automation, for  Software Defined Networking (SDN) and Network Function Virtualization (NFV) cloud environments to the telecommunications service provider (carrier) and corporate enterprise markets through cloud solutions and professional services.
InterCloud’s cloud solutions offer enterprise and service-provider customers the opportunity to adopt an operational expense model by outsourcing cloud deployment and management to InterCloud rather than the capital expense model that has dominated in recent decades in IT infrastructure management.”
As noted above, ICLDD has been in a classic death spiral, and one might quickly seek to write this off from here. However, management lists a series of favorable developments in its recent shareholder letter that investors may want to note:
“For the period ended June 30, 2016, we reported $25.7 million in senior secured debt and $40.6 million in unsecured debt.  Currently, we have $4.7 million in senior secured debt and $27.3 million in unsecured debt resulting from cumulative debt reduction of $34.3 million over this period.  And while our revenue for that six month period ending June 30, 2016 was over $40 million, we were heavily leveraged.  Over the last twelve months, the Board of Directors and I implemented a plan to strengthen our balance sheet and reduce our operating expenses to restore value to our shareholders.  During the period July 1, 2016 to December 31, 2016, we significantly reduced operating expenses.  This reduction in liabilities and operating costs continued into 2017.  During the first quarter of this year, we reported continued debt reductions as well as continued reductions in our operating expenses. We reported an additional $8 million quarterly debt reduction and a 20% reduction in our operating expenses.  When we report our second quarter 2017 results, we expect to show continued debt reductions and cost savings.  We have sold several non-core assets during the second quarter and used those sales to reduce our debt as well.”
The chart shows -9% stripped out of share values of the name over the past week of action in a move that continues a display of the standing distributive pressure in the stock going back over just about any chosen timeframe involving the last several years. The situation may be worth watching. ICLDD is a stock who’s past is littered with sudden rips. In addition, the name has registered increased average transaction volume recently, with the past month seeing greater than 240% over the long run average.
Now commanding a market cap of $6.8M, ICLDD has a stash ($816K) of cash on the books, which stands against about $34.7M in total current liabilities. One should also note that debt has been growing over recent quarters. ICLDD is pulling in trailing 12-month revenues of $74.3M. However, the company is seeing declines on the top line on a quarterly y/y basis, with revenues falling at -21.6%. As more color becomes clear on the name, we will review the situation and update our take. For continuing coverage on shares of $ICLDD stock, as well as our other hot stock picks, sign up for our free newsletter today and get our next hot stock pick!
Disclosure: we hold no position in $ICLDD, either long or short, and we have not been compensated for this article.