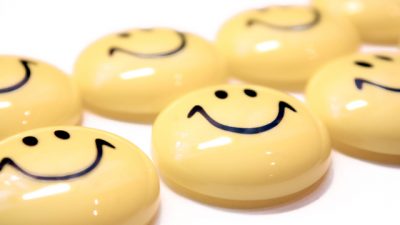 InterCloud Systems Inc (OTCMKTS:ICLD) has been one of the more interesting stories on the OTC so far in 2017. It has a definite “turnaround appeal”, but continues to battle against the stigma of a balance sheet that justifiably inspires acute concern about the likelihood for further dilution. In the past several weeks, the company has made strides to change that perception and has had some clear success.

As we see it, the argument right now has to do with the company’s progress along three dimensions, including a combination of a diversified customer base, improved balance sheet, and an apparent re-acceleration in top line growth. In recent action, traders will note a bit less than 150% tacked on to share pricing for the listing in the past month, a bounce that has taken root amid largely bearish action over the larger time frame. What’s more, the listing has registered increased average transaction volume recently, with the past month seeing more than 670% beyond its prior sustained average volume level.

As the company tells the story, it provides “end-to-end IT and network solutions to the telecommunications service provider and corporate enterprise markets through cloud platforms and professional services in the United States and internationally.”

Find out when $ICLD stock reaches critical levels. Subscribe to OracleDispatch.com Right Now by entering your Email in the box below.

As noted above, the company has been actively trying to engineer a sort of rebranding of its shares. The key battles to win in that war have to do with growth and debt. In the end, it comes down to one question: Can this company grow fast enough to overcome the implied burden of the financing obligations that are embedded in its financial future?

There are several ways to address this question. As we see it, with ICLD’s most recent announcement, they have done all of them over the past 3 months to some degree. And the market is currently engaged in the process of working out whether or not it will be enough.

First, the company convinced the market it could expand its contracted customer base qualitatively and rapidly when it announced that it was awarded over $400,000 in new contracts in just about three weeks in January.

Second, they convinced the market that they can and will meaningfully attack the debt dilution problem when they announced the sale of the High Wire Networks division of ADEX Corporation, an asset for which InterCloud Systems received $4.0 million in cash and an expected additional working capital adjustment of approximately $0.9 million, to be paid by September – a sale the proceeds from which were used to directly reduce secured outstanding debt (to stave off the next wrecking ball debt-to-equity conversion).

Finally, the company convinced the market that it can experience accelerating growth by announcing recently that it was recently awarded approximately $2.4 million in new contracts for professional services for new and existing customers.

That creates the context for the company’s latest announcement, which deals with more evidence of a potential acceleration in top line inputs. Specifically, the company just announced that it was recently awarded over $1.6 million in new contracts to provide next-generation Wi-Fi and DAS network upgrades. A majority of the work is expected to begin immediately and would seem to augment the impact of its prior announcements.

That said, at the end of the day, we are talking about a company with a paltry $1.8M in cold cash on the books balanced by well over $30M in total current liabilities. And that debt has been growing over recent quarters.

Now commanding a market cap of $21.2M, InterCloud is pulling in trailing 12-month revenues of $78.2M. In addition, the company is seeing major top line growth, with y/y quarterly revenues growing at 58.9%. But the balance sheet will almost certainly continue to impede the story until or unless they can shift that picture qualitatively, not just quantitatively. For continuing coverage on shares of $ICLD stock, as well as our other hot stock picks, sign up for our free newsletter today and get our next hot stock pick!