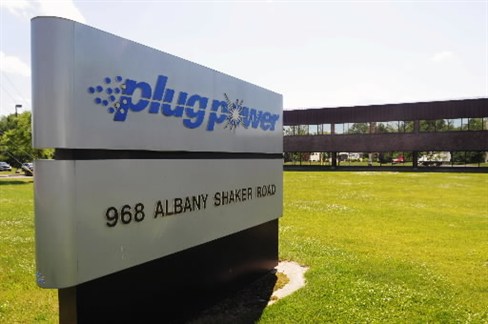 Plug Power Inc (NASDAQ:PLUG) To say it’s been a volatile ride for shareholders of Plug Power (PLUG) would be an understatement. And to top off the wild ride, there have been a few implications in 2016 – concerning the viability of the long-term business model. As an example, the fuel cell tax investment credit will expire at the end of the year. With no news from congress on extensions, this could be a huge hit to companies like Plug Power.

Likewise, the relationship with Walmart, the company’s biggest customer, has proven to be a disappointment on an operational standpoint. Finally, debacles over restricted cash, large cash outflows and high cost financing from Hercules Capital – 10.5% per annum – are concerning.

Plug Power Inc (NASDAQ:PLUG) shareholders remain optimistic. Despite the concerns over the company’s long-term health, there was an impressive rally on Friday – that may continue.

There are a few reasons why Plug Power popped.

First, the CEO Andy Marsh, took a trip out to China earlier this month. This is great news. The Chinese market is huge and Plug Power has the only viable, commercial application for hydrogen engines in today’s market. Thus, if Plug Power can break into the Chinese market, they would not only have the ability to diversify themselves on a customer standpoint (remember, Walmart is their biggest customer) but, it would also give them a huge growth run-way.

Secondly, the company recently announced that it is expanding into the Dayton, Ohio market. There are an estimated 850 electric fuel cell vehicles that are powered by Plug Power’s GenDrive fuel cell solution in Dayton. This new fuel site will be outfitted with round-the-clock technology to monitor the 35 GenFuel hydrogen fueling stations and 137 hydrogen dispensers. This facility should drive the top line and has potential to be accretive to the bottom line.

Lastly, there were some bullish remarks made at the Rodman & Renshaw Global Investment Conference. To get down to the point, management expects the fuel cell tax investment credits to be extended, there are talks with Walmart for better operating leases and the business model is speculated to not require more capital on a go-forward basis.

Find out when $PLUG reaches critical levels. Subscribe to OracleDispatch.com Right Now by entering your Email in the box below.

If the fuel cell tax investment is extended, this could be a bullish catalyst for the company. On the other hand, if it’s not extended, there may not only be a nasty bite into the company’s top line, but margins could contract meaningfully.

The biggest news was the announcement on the Walmart leasing issue. The high costs of operating with Walmart’s leases has been a meaningful cash drain on the company and has locked a significant amount of cash in a restricted account. I am sure a lot of investors wonder why Plug Power agreed to these terms in the first place – though hind-sight is always 20-20. If the company is successful in refinancing these leases, there may less cash outflows and a release of the prepaid future service fees from escrow.

Finally, if Marsh is correct in his statement that the company will not do anymore equity raises – this is a bullish sign for long-term holders. On the flipside, the company has struggled to make a profit in the past and if the Walmart refinancing deal falls through, combined with the fuel cell tax investment, there may be some cash flow problems. Nonetheless, the company could always take on more high cost debt or fund ongoing operations. Although, there have been statements the company will be profitable in the fourth quarter – meaning profitability may be the new forte.

Nonetheless, the company has been increasing its adjusted revenues at a 50% rate – with a nice expansion in its margins. In addition, the top customers the company serves, have over 200 distribution centers which will be converted – providing more growth – hopefully translating into bottom line inflows. The company also is expecting to jump into two new markets in the fourth quarter with FedEx – which should be meaningful in the long-term.

Despite the company’s micro-cap status ($292 million market cap) the company has an impressive list of customers including: Home Depot, Nike, BMW, Volkswagon, Honda, Mercedes Benz, Carrefour, Kroger, P&G and of course Walmart. It’s not every day you get a micro-cap stock serving the biggest names in the market. In fact, there are only a few other sub-$300 million companies I know that have an impressive customer lists as Plug has. Moreover, if operations become more accretive – the growth run-way not only will be huge, but major cash inflows could provide for an accretive long-term investment.

Time will only tell what happens with Plug. But one thing is for certain, the end of the year may provide for an eventful catalyst. For continuing coverage on $PLUG stock and our other hot stock picks, sign up for our free newsletter now and get our next hot stock pick!