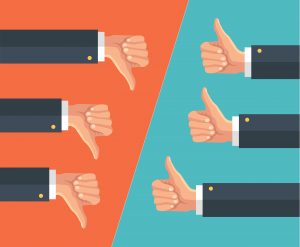 INNOVATIV MEDIA GR COM USD0.0001 (OTCMKTS:INMG) stock is on fire to put it lightly. INMG has made some recent acquisitions as a bona fide producer – as the Cannabis sector looks like it’s drawing talent. I saw the stock move and thought it was a flash, and it may be, but a little digging and this falls into the theme about money chasing cannabis, blockchain and bitcoin. This triple zero sub penny has ripped to penny status on some good volume, and after a nice day yesterday it remains to be seen how shares will hold up as the bell of the ball for a day.

I always suggest caution in these 100%+ movers they have a fickle following, and few really know the timing for entry and exit for the masses. A look at the chart shows the rise in prices and volume in the last week or so.

But back to Tom Coleman he became chairman and CEO of Prism Entertainment when the company merged with Atlantic in 1988. Coleman was chairman of Independent Entertainment Group.[2] Rocket Pictures, an indie production company, was founded by Coleman in 1992. Tom is currently CEO of Innovativ Media Group, a developer, producer and distributor of multi-media content. It has acquired many of the assets of Lux Digital Pictures including a library of feature motion pictures and, via New Broadway Cinema, produces adaptations of stage shows utilizing its trademarked DigiTheater™ virtual reality process

A contributing metric to consider is that INNOVATIV MEDIA GR COM USD0.0001 (OTCMKTS:INMG) acquired the media assets of Canna TV OÜ and will be launching a new online, ad supported platform and channel CannaNet.TV, http://cannanet.tv/, which will stream curated and original entertainment, informational and educational video content related to the Cannabis and CBD culture and industries.

CannaNet.TV, http://cannanet.tv/, will program a broad mix of live action and animated series, news shows, specials, music videos and tutorials on an independent platform and expects to eventually offer interactive and e-commerce applications.

“Successful new video networks require large, organized communities and clearly defined audiences and we believe the burgeoning Cannabis space will enthusiastically respond to and support a professionally programmed and managed channel,” said Company CEO, Tom Coleman. Coleman continued, “When these assets became available we moved fast as they will give us a foundation to jump start and develop the network. We expect the platform will be an attractive advertising medium for a wide range of Cannabis and CBD related businesses, products and services looking to target customers, which to date, have had limited online advertising options.”

CannaNet.TV, http://cannanet.tv/, is scheduled to be first available in the 4th Quarter 2017.

Find out when $INMG stock reaches critical levels. Subscribe to OracleDispatch.com Right Now by entering your Email in the box below.

In recent news the company announced record results for its fiscal year ended December 31, 2016. Company revenues increased over 88% from $98,792 to $185,995 and EBITDA increased by over 2200% from $1,880 to $43,552, the highest in Company history. The Company has posted 6 Quarters of successive earnings since acquiring the Innovativ Media entertainment assets in mid-2015.

“The INMG media assets provide the Company with a stable and reliable base from which we intend to build upon in the coming months with several new projects we have been developing,” said Company CEO Tom Coleman.

Innovativ Media Group, Inc. (OTC MKTS: INMG) has been on a run and many cannabis stock derivatives like content will get a follow on flow of new investors, they also get day traders and promotional guys who are a bane to the industry and give a musical chairs effect to these markets. It would better to simply invest versus worrying about the music stopping and not having a chair. For now the music is playing. For continuing coverage on shares of $INMG stock, as well as our other hot stock picks, sign up for our free newsletter today and get our next hot stock pick!