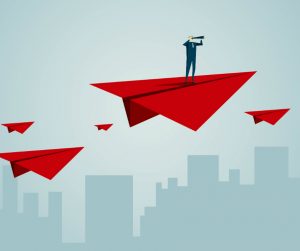 INMED PHARMACEUTIC COM NPV (OTCMKTS:IMLFF) is a charging freight train in the cannabis stock patch right now. IMLFF stock is flying toward another potential breakout in recent days, up nearly 75% since early March, and starting to hit new multi-year highs. So, we thought it was a good time to take another look.

As an initial point, let’s advance a hypothesis: there is nothing cannabis penny stocks can benefit from more than legitimacy. That’s why, as far as we can see, the biggest thing that’s happened for shareholders of IMLFF shares perhaps ever was the appearance of an article in Forbes magazine focused on IMLFF tech, credibility, and assets. One of the interesting focal points for the article was its characterization of the company’s research database as a B2B revenue source, as other MMJ companies come, hat in hand, to request access to the data in designing their own pipeline strategies.

INMED PHARMACEUTIC COM NPV (OTCMKTS:IMLFF) casts itself as a biopharmaceutical company specializing in developing cannabis-based therapies through the Research and Development into the extensive pharmacology of cannabinoids coupled with innovative drug delivery systems.

The company is utilizing its proprietary Intelligent Cannabinoid Drug Design Platform to identify new bioactive compounds within the cannabis plant that interact with certain gene targets responsible for specific diseases.

According to company materials, “InMed is a pre-clinical stage biopharmaceutical company that specializes in developing novel therapies through the research and development into the extensive pharmacology of cannabinoids coupled with innovative drug delivery systems. InMed’s proprietary platform technology, product pipeline and accelerated development pathway are the fundamental value drivers of the company.”

Find out when IMLFF stock reaches critical levels. Subscribe to OracleDispatch.com Right Now by entering your Email in the box below.

As discussed above, IMLFF is likely benefiting right now from the legitimacy boost it received due to coverage in Forbes magazine, a widely respected and extremely well-established finance publication and media nexus. The reason we think this is so important right now for this stock – and would be important for any cannabis play – is simple: there are a ton of pretenders in the space right now. And everyone knows it.

For every bona fide CBD MMJ stock, there are probably ten likely fraudulent operations. We have pointed this out too many times to count: if you have a company that isn’t working and you want to get your original investment capital back, all you had to do about six months ago, just ahead of the landmark November vote, was to put out a press release that you had pivoted into the cannabis space.

Because of this dynamic, it’s extremely difficult for investors to now sort through the sea of pretenders and frauds and find the few true and legitimate winners. In that type of environment, to have a focus article in a publication like Forbes is a seal of legitimacy.

Apart from its 90-cannabinoid research database, IMLFF is developing two drug candidates through preclinical testing, with its sights set on EB, a rare genetic skin disorder, and glaucoma.

According to company information, management wants to begin EB clinical trials in 2018 and follow-on with glaucoma and pain therapies. The company has noted that it believes that the market for EB will be over $1B per year, but we have not independently confirmed this, so you have to take their word for it. As we know, the current market for glaucoma drugs exceeds $6 billion per year.

As far the action in the stock, the chart shows 68% tacked on to share pricing for the name in the past month. This is emblematic of the stock. IMLFF stock has a track record that includes a number of dramatic bounces. Furthermore, the stock has witnessed a pop in interest, as transaction volume levels have recently pushed a bit over 100% over what the stock has registered over the longer term.

Currently trading at a market capitalization of $47.6M, IMLFF has a bankroll ($528K) of cash on the books, which must be weighed relative to about $160k in total current liabilities. The company is pre-clinical and pre-revenue at this point. But this is clearly an exciting and interesting story, and we look forward to a follow-up chapter as events transpire. For continuing coverage on shares of IMLFF stock, as well as our other hot stock picks, sign up for our free newsletter today and get our next hot stock pick!