Could Idera Pharmaceuticals Inc (NASDAQ:IDRA) Be Sitting On a Blockbuster 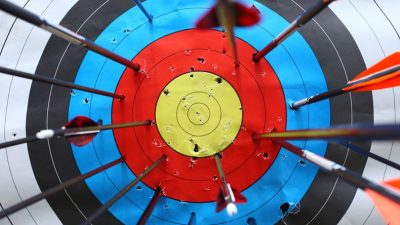 Idera Pharmaceuticals Inc (NASDAQ:IDRA) is a small cap bio-pharmaceutical company that may be sitting on something big, at least some traders are banking on it. There’s nothing that excites investors more than the idea that they might have found the next great biopharmaceutical stock. And that’s exactly what Massachusetts-based Idera Pharmaceuticals Inc (NASDAQ:IDRA) could turn out to be. This Boston-area company is well-funded, has a promising pipeline of new drug candidates, and has earned plaudits for its two innovative drug discovery technology platforms.

Based on this rising optimism about prospects for the company, shares of IDRA are up 66% YTD. Shares are currently trading at $2.49, which gives the company a total stock market capitalization of $444.94 million. Over the most recent 52-week period, shares have traded as low as $1.19 and as high as $3.33.

And that’s not all – all the technical indicators for the stock are also lining up. The 50-day SMA for IDRA is $1.67 and the 200-day SMA is $1.77. Shares of IDRA are trading well above both of these short-term moving averages.

Find out when $IDRA stock reaches critical levels. Subscribe to OracleDispatch.com Right Now by entering your Email in the box below.

Before you get too excited about those rapidly improving financials, though, keep in mind that the company entered into a licensing agreement with Vivelix Pharmaceuticals for the worldwide rights to IMO-9200, one of the company’s most promising drug candidates. Vivelix Pharmaceuticals made an upfront payment of $15 million in November 2016, which obviously impacted 4Q and full-year results.

But here’s the important point to keep in mind – IDRA actually has four great drug candidates, and IMO-9200 wasn’t even the best candidate. It would be like a professional sports team holding on to its best 2-3 prospects, and getting a nice return on its third- or fourth-best prospect.

The two drug candidates that everyone’s excited about are IMO-8400 and IMO-2125. It’s this second drug, which offers a treatment for refractory melanoma, that some investors think could become a blockbuster drug. So, IDRA still has full control of IMO-2125 and IMO-8400, and things are looking very good indeed for both of them.

At the beginning of 2017, the company had $100 million in cash, making it extremely well-funded. It has enough cash to extend its R&D runway to the second half of 2018.

There are just so many positives here. The company appears to have a strong pipeline of promising new drug candidates. It has a strong cash position to build out its R&D activities in 2017-2018. It has a veteran management team. And it has a next-generation, best-of-breed technology platform.

Going forward, investors will be keeping their eyes on the clinical results for IMO-2125. This is the most promising of all the drug candidates. It’s a product of the 3GA discovery platform, which focuses on turning off messenger RNA associated with disease-causing genes.

On March 22, JMP Securities came out with a “Market Outperform” rating for the stock. The research note also highlighted “a host of promising drug candidates.” And, most importantly, it set a near-term price target of $8 for IDRA. That represents a nearly threefold increase in the company’s current stock price ($2.49).

Clearly, good things could lie ahead for Idera Pharmaceuticals. Assuming the clinical trials continue to show good results, the only question is when, not if, the stock takes off again. For more news on Idera Pharmaceuticals (IDRA) and other fast-moving penny stocks, please subscribe to OracleDispatch.com.