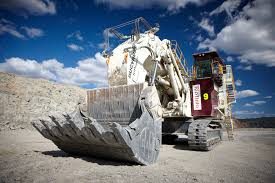 Peabody Energy Corporation (OTCMKTS:BTUUQ) is one of those living victims of the evolution of industry that reminds us structural changes are sometimes more important than cyclical or financial analysis. This is a coal miner in a world that has stopped classifying coal as part of the future. As such, the Company is in Chapter 11 restructuring and likely working toward a wipe-out of all extant equity upon confirmation of a proposed plan of reorganization by the Bankruptcy Court.

Even still, traders have been drawn to the action in the stock, which has ripped higher 18% over the past month on a pop in volume as natural gas prices powered above the $3.00/bcf level for the first time on a closing basis since May, 2015.

Find out when $BTUUQ reaches critical levels. Subscribe to OracleDispatch.com Right Now by entering your Email in the box below.

Traders holding onto equity in what was BTU into the crash in the space should take the time to carefully read the notice in the Company’s latest 8K from September 20:

The most likely outcome here is that all the equity will be wiped out. If there is a vehicle that emerges from the restructuring, it will be an equity cap table made of converted defaulted-on creditors. That would relieve the debt-servicing pressure and allow some sort of longer-term planning to capitalize on what inherent value may exist in the Company’s asset base.

At this time, carrying a capital value in the market of $28.6M, BTUUQ is working through a restructuring process that is highly unpredictable and not entirely under the control of the Company or its equity holders, but largely contingent on the outlooks held by its largest creditors where the future of coal is concerned. Could the market get caught by surprise and some value re-emerge in the legacy equity? Both commodity markets and legislative factors are highly unpredictable. It’s a long shot, but we will keep an eye on the situation and let you know if we spot any black swans swimming around the stock. For continuing coverage on BTUUQ and our other hot stock picks, sign up for our free newsletter today and get our next hot stock pick!