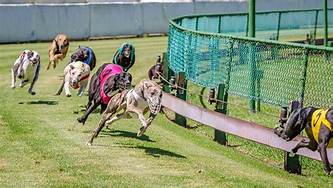 Since the beginning of 2021, HUMBL Inc (OTCMKTS:HMBL) had been one of the major movers from among penny stocks and had come into major focus among investors throughout. 2021 ended on a strong note for HUMBL investors as the stock soared by as much as 25% this past Friday.

In light of the gains made by the HUMBL stock last Friday, it might be a good time for investors to look into some of the latest developments in relation to HUMBL

The last time there was any news about the company was back on December 21, 2021 when it was announced that Monster Creative, one of the companies it owns, had won two important awards.

It was announced by HUMBL on the day that Monster Creative had won as many as two awards at the 2021 Cilo Awards. In addition to that, it had also been nominated for a third award.

In this situation, it is important for investors to keep in mind that Cilo Awards is a prestigious event in the world of advertising and has been a major event since as far back as 1959. In the 2021 event, Monster Creative managed to bag a silver award for Theatrical: Trailer – Action/Adventure for 6 Underground.

The other was a Bronze for the Theatrical Trailer Documentary for the documentary Val. 6 Underground is among the costliest original shows to have been released by Netflix ever and has already garnered millions of views. Hence, it goes without saying that the latest development is a major one for HUMBL Inc, which acquired Monster Creative last year.

HMBL has managed to get into a wide range of businesses in recent times and that is possibly one of the reasons why investors could do well to keep an eye on this stock in 2022.

Disclaimer: We hold no shares of HMBL stock.