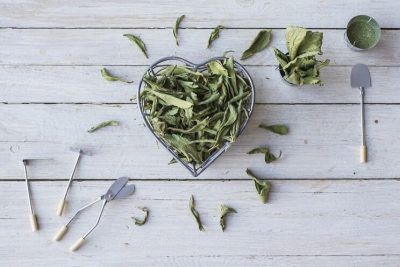 Homie Recipes Inc (OTCMKTS:HOMR) is a stock that has started to garner some increased attention after a clear pivot into the stevia space. Thus, it is now important to see steps being taken to “sell the story” in the share marketplace, which makes the HOMR’s most recent announcement so important: The company just announced that its Board of Directors has approved a corporate name change. According to the release, “The Company anticipates filing the required documentation to effectuate the chosen name change with the Nevada Secretary of State and FINRA early next week. In addition, the Company also intends to request that FINRA select from three potential new trading symbols for the Company’s common shares (STVV, STVA, or SVVA).”
Mr. Theodoros Kerasidis, President of HOMR and founder of wholly-owned subsidiary Stevva Ltd., stated, “Changing the name of our public company to totally reflect its new focus on stevia will be an important step to more precisely communicate our mission statement and business strategy to partners, shareholders, potential investors, and the media. I look forward to announcing our new company name as soon we receive the regulatory approvals.”
Homie Recipes Inc (OTCMKTS:HOMR) promulgates itself as a development stage company that intends to stream videos and written recipes through a website. However, this latest news reinforces the idea that we are looking at an increasingly identifiable story in the stevia space.
When we talk about “selling the story”, we mean this: on prior press releases, HOMR materials stated the following, “Our goal is to stream free recipes for ‘special’ homemade cuisines and food items. We intend to have recipes that are personal and have special meaning, on our website. What makes a recipe ‘special’ is the personal history or tradition behind it, for example, cookies made by someone’s mother on Christmas Eve, or a special pasta sauce prepared by their Grandmother made every Sunday when they were growing up, etc.”
It is clear that that description no longer represents the HOMR’s operations or strategy. The company is now engaged in shoring up the details and creating a coherent picture for prospective investors.
Find out when $HOMR reaches critical levels. Subscribe to OracleDispatch.com Right Now by entering your Email in the box below.

As noted above, HOMR is formally adopting a new public identity to reflect its focus on the stevia market. In a prior release, the company laid out the strategy being adopted.
“With the recent acquisition of Greek land holding company Stevva Ltd. and the appointment of an experienced new management team, Homie Recipes has effectively positioned itself to become a potential industry leading cultivator and distributor of stevia, a low-carbohydrate food and beverage sweetener and sugar substitute (up to 300x sweeter than sugar). Stevia is the only commercially viable, naturally derived, no calorie sweetener for global food and beverage applications. According to WHO estimates, stevia has the potential to replace 20-30% of all dietary sweeteners (estimated at $10 billion in 2017).”
Mr. Theodoros Kerasidis, newly appointed President of Homie Recipes and founder of Stevva Ltd., stated, “Stevia is the perfect crop to establish on our fertile farmland in Greece. Not only is stevia ideally suited to the climate and soil conditions in Pella Giannitsa, but it’s also in great demand for export around the world. We hope to work with many other local farmers to establish the region as a center for stevia production in Europe.”
Traders will note 14% tacked on to share pricing for the listing just in the past week. The action has come on a high-momentum move since the issue began active trading on the OTC in mid-August. If there is something pick on, we don’t love to see highly uniform movement such as that exhibited by the stock over the past month. Every day moves it higher in a quiet, monotonous way. To be perfectly honest, it looks a little contrived and for a pink sheet stock on the OTC, that can represent some risk. So, buyer beware.
Now commanding a market cap of $147.85M, HOMR has virtually no cash on the books, which compares with about $193K in total current liabilities. That said, we can’t be entirely sure how relevant that data is now that the Stevva identity is becoming central to the story here. It may not be representative, and we likely won’t get more visibility here into the key numbers until some future financials hit the wires after the full transition/pivot has been completed. In any case, you can bet we will update this one again as new information comes into view. Sign-up for continuing coverage on shares of $HOMR stock, as well as other hot stock picks, get our free newsletter today and get our next breakout pick!
Disclosure: We hold no position in $HOMR, either long or short, and we have not been compensated for this article.