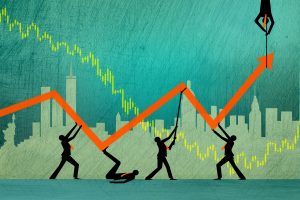 What makes the OWC Pharmaceutical Research Corp (OTCMKTS:OWCP) story so much more compelling in 2017 is that the company seems to be on the cusp of a new product launch. In late March, the company announced that the final phase of pre-clinical efficacy testing was showing some really positive results for the treatment of psoriasis. At that time, the company said that it would be rolling out an operating plan to take the product to the next level. This would involve a double-blind efficacy test on another skin disorder condition.

Then, on April 5, the company sent out a press release saying that it was getting “worldwide interest” in its cannabis-based topical cream for the treatment of psoriasis. The company suggested that, in recent clinical tests, people saw up to a 70% improvement in the proliferation and inflammation markers associated with psoriasis. Long story short: this cannabis-based topical cream really works, and people around the world (and especially in Europe) are lining up to get their hands on it.

On the surface, then, the stock should have been skyrocketing to new highs over the past two weeks. But that hasn’t really been the case. And that’s even with analysts touting all kinds of “catalysts” that could take the stock higher – like more clinical results that show the company really has a winner on its hands.

So, the question for investors is: Is OWCP fairly valued, or is there a lot more room to run?

Find out when $OWCP stock reaches critical levels. Subscribe to OracleDispatch.com Right Now by entering your Email in the box below.

One thing OWCP has in its favor is that it is a biopharmaceutical company with a strong R&D base. In fact, the company conducts all of its R&D at leading Israeli hospitals and scientific institutions. And it has a renowned scientific team working on cannabis-related medical products. In addition to searching for a treatment for psoriasis, they are also coming up with drug candidates for multiple myeloma, fibromyalgia, PTSD and migraines. So this is not just a one-trick pony. In addition, the company is creating unique delivery systems for effective delivery and dosage of medical cannabis.

As with any biopharmaceutical company, though, there’s always regulatory risk. In short, even though the company has seen “worldwide interest” in its cannabis cream for psoriasis, will it be able to pass all the regulatory hurdles to get that product to market? Remember, too, this is an Israeli company and so getting the product into the U.S. or European market could be more challenging than originally anticipated.

Of even greater concern, the company is still in pre-revenue stage. That is to say, it doesn’t make any money yet. Right now, the company has a reported $90,000 in cash on the books and almost double that in current liabilities, so the company is not really liquid. And it’s going to need a lot of cash to bring its products to market.

The bigger picture, of course, is that finding a highly effective treatment for psoriasis would be huge. According to estimates, 7.5 million people in the U.S. alone suffer from it. At the same time, the company is working on developing other cannabis-related medical products, with a multiple myeloma candidate among the most promising of those products.

Going forward, then, all eyes will be on the clinical results coming out of Israel. OWCP has made the case that it has a significantly better treatment, and that there is demand for it. Now it’s time to come up with the right operating plan to bring that product to market. If you’re looking for a high-risk, high-reward momentum play that gives you exposure to the cannabis sector, OWCP certainly fits the description. For more news on OWCP and other fast-moving penny stocks, please subscribe to OracleDispatch.com below.