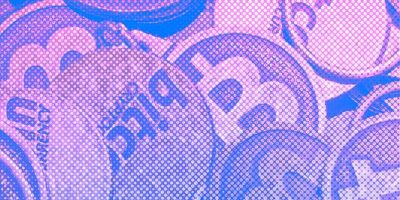 Since the beginning of May, Bitcoin Investment Trust (OTCMKT:GBTC) has taken off in epic proportions, rising from $140 on May 1st to a peak of $565 on May 25th. The graph shows a fairly timid start to the first four months of the year with the bears putting to bed any hope of a significant rally at the beginning of the year and in early March.

The fortunes of Bitcoin Investment Trust (OTCMKTS:GBTC) that allows investors to gain exposure to Bitcoin without the hassle of handling or storing them, changed dramatically when the price of Bitcoin began to skyrocket in the beginning of April.

Bitcoin started the year shrouded in doubt, the civil war that has been brewing for a long time was finally coming to the fore with the question of how to scale the transaction capacity or block size on the network. This uncertainty caused Bitcoin to fall below the $900 level in late March and many were predicting this would lead to a hard fork, essentially dividing the blockchain into two and producing two different coins. Many thought this could be the death of the leading cryptocurrency but as we all know Bitcoin shook off the rumors and soared to new all time highs, bizarrely without ever having to resolve their scaling problem.

One of the major catalysts was Japan recognizing Bitcoin as legal tender on April 1st, this gave Bitcoin the legitimacy it has been long craving for and enabled it to partly shrug off the negative connotations associated it like being a medium for criminals to do business. Bitcoin and Japan have a lot of history with many believing the founder to originate from there and also the infamous Mt Gox scandal which saw many investors lose their coins, this didn’t deter the Japanese however, they immediately flocked to purchase Bitcoin and this provided the momentum for its incredible recent price run.

Bitcoin reached a peak of almost $2800 on May 25th, a price many would not have dared to predict happening so soon at the start of the year, the correlation with Bitcoin Investment Trust (OTCMKT: GBTC) share price is plain for all to see. Since then the price has pulled back a bit which is healthy, and is once again on its ascent.

The incredible amount of volatility that Bitcoin has experienced in the last couple of months is enough to drive your average investor mad, no steady 10-20% per annum returns here. The cryptocurrency world can see those gains in a day but what goes up quickly is also likely to crash, one of the major concerns is that Bitcoin’s tendency to go parabolic means a lack of consolidation and support levels being formed on the way up so when price drops it is dramatic to say the least.

However, with more countries looking to adopt Bitcoin and therefore more volume coming in, the price is likely to stabilize more. Seeing companies adopt the cryptocurrency is also very encouraging, Fidelity allows its employees to pay for their canteen lunch in Bitcoin, Japanese airlines are accepting it, you can pay for many different goods and services online with it now. For years people have been speculating as to its value and what it can be used for but seeing real world application emerging shows that people can actually use it to buy tangible things. This will not only enhance its reputation as something that is here to stay but also change public perception so that it is seen as another reliable form of payment.

The next major hurdle for Bitcoin will be how they handle the scaling issue. Bitcoin have come to an agreement for a User Activate Soft Fork on August 1st which will upgrade their code and lead to two types of Bitcoin, 148 BTC and Legacy BTC, there is uncertainty what this will do for the price but if the transition goes smoothly it should free Bitcoin from the major limitation that is holding back the coin. With many more real world applications to come, and a potential ETF waiting in the wings there remains a lot of hope for Bitcoin and Bitcoin Investment Trust. For continuing coverage on shares of GBTC, as well as our other hot stocks, sign up for our free newsletter today and get our next hot stock pick!