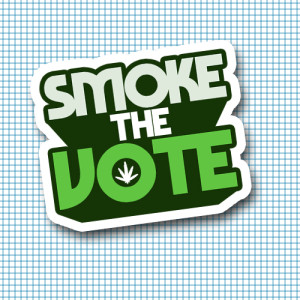 Cannabis Sativa Inc (OTCMKTS:CBDS) Gary Johnson’s former cannabis company is now directly in the spotlight. The former president and CEO of Nevada-based Cannabis Sativa Inc. (OTCMKTS:CBDS), Gary Johnson, is also the Libertarian candidate for president who is making some noise in the polls to challenge Hillary Clinton and Donald Trump. Making a similar type of noise in the stock market is Cannabis Sativa, which has rallied from under $1 to now trading over $4. At its current share price, CBDS has a market capitalization of $77 million. Over a 52-week period, shares have traded as low as $0.30 and as high as $4.64.

Find out when $CBDS stock reaches critical levels. Subscribe to OracleDispatch.com Right Now by entering your Email in the box below.

There have been several catalysts for Cannabis Sativa to trade higher in the stock market. One of them, of course, is the company’s high-profile link to former New Mexico governor Gary Johnson, who is officially the first cannabis industry executive to run for U.S. president. And it’s not just Gary Johnson – the current CEO of the company is former U.S. Senator Mike Gravel of Alaska, who served in the U.S. Senate from 1969-1981.

These political links are crucial for the cannabis industry, which still remains tightly regulated on a state-by-state basis. Being able to navigate each state’s complex regulatory framework is critical, and having top political officials within the management team is a major competitive advantage.

Another catalyst for the stock has been the phenomenal growth of the recreational marijuana industry in states such as Colorado and Washington State. According to the latest industry statistics, recreational marijuana revenues exploded by more than 184 percent between 2014 and 2015, from $351 million to $998 million. This has resulted in massive tax revenues for these two states – and convinced other nearby states to consider their own legalization measures to tap into the nearly $1 billion industry.

As a result, the key near-term catalyst for the stock is the upcoming presidential election, which includes several marijuana ballot initiatives scheduled for November. When voters head to the polls on Nov. 8, they will be voting on the legalization of marijuana for recreational or medical use in nine different U.S. states – Arizona, Arkansas, California, Florida, Maine, Massachusetts, Montana, Nevada and North Dakota.

Cannabis Sativa has been attempting to capitalize on all this attention that the cannabis industry has been attracting in the national media. For example, from September 26-27, the company participated in “The State of Marijuana” event on the Queen Mary cruise ship in Long Beach, California. The event brought together key cannabis executives in a state – California – that is now front-and-center in the battle to legalize marijuana.

Obviously, there are certain regulatory risks swirling around the cannabis industry, and CBDS has sought to mitigate those risks by transforming itself into a diversified play within the cannabis industry. In a recent strategic move, the company acquired iBudtender, Inc., a Colorado-based company that offers information and reviews of dispensaries, cannabis businesses, strains and edibles.

Moreover, investors should keep an eye on new products in the pipeline at CBDS. The company holds a license for a medicinal cannabis strain known as NZT. Moreover, as part of the company’s R&D activities, CBDS is developing a cannabis lozenge delivery system and a cannabis trauma cream formula. As Wild Earth Naturals continues to build out its product line, these new products could provide a solid base for stellar financial performance in the future.

At a current price of $4.25, Cannabis Sativa is pushing up against its 52-week high of $4.64. However, considering the stable trading range for the stock ($3.65-$4.43), this could a case where CBDS finally breaks through this resistance level and heads even higher. For more information on Cannabis Sativa Inc (OTCMKTS: CBDS) and other fast-moving penny stocks, subscribe now to OracleDispatch.com