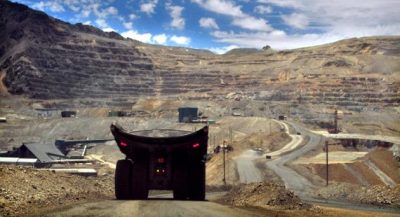 Sabina Gold & Silver Corp (TSE:SBB) reported quarterly results recently and shares made a quick move back to the highs. Shares are up more than 50% for the year as we exit March Trading, and SBB has traded here before testing these levels back in February. Volume is sufficient to attract players, and the trading algo’s participate on a regular basis allowing liquidity to a large range of investors.

Bruce McLeod, the Company’s President& CEO said. “Although we received a set-back from the Nunavut Impact Review Board , we understand and support the NIRB’s desire for a high level of confidence in our proposals for the Back River Project . We are happy to be back in the process and believe that our recently submitted Final Environmental Impact Statement Addendum  presents additional mitigation, information and plans that will address NIRB’s concerns. In 2016, we also continued optimization and trade off studies which we believe could positively impact the Project economics. On the exploration front, a new discovery at Convergence and the successes at our Hivogani and Kogoyok targets continued to demonstrate the opportunities for new discoveries and extended mine life at Back River. Other geological programs completed during the year enabled us to plan a high impact drilling campaign for 2017 with our recently raised flow-through financing. 2017 has started out positively and we look forward to continued support for the Back River Project from all stakeholders as we work through the process.”

Find out when $SBB stock reaches critical levels. Subscribe to OracleDispatch.com Right Now by entering your Email in the box below.

In September, 2015, SBB released a Feasibility Study on its 100% owned Back River Gold Project which presents a project that has been designed on a fit-for purpose basis, with the potential to produce ~200,000 ounces a year for ~11 years with a rapid payback of 2.9 years. At a US$1,150 gold price and a 0.80 exchange rate, the Study delivers a potential after tax internal rate of return of approximately 24.2% with an initial CAPEX of $415 million. In addition to Back River, Sabina also owns a significant silver royalty on Glencore’s Hackett River Project. The silver royalty on Hackett River’s silver production is comprised of 22.5% of the first 190 million ounces produced and 12.5% of all silver produced thereafter.

The Company had approximately C$39.9 million at December 31, 2016 and has budgeted $8.5 million as its base budget for 2017. The base budget delivers the completion of the environmental assessment process; advancement of Inuit Impact and Benefits Agreement and land tenure negotiations with the KIA; completion of basic engineering and project execution plan; and, completion of a mapping, rock and till sampling and geophysical exploration field program. In addition, the Company has planned certain discretionary activities, including an exploration drilling program, completion of the water license review process and commencement of detailed engineering and project financing. Depending on the timing and success of the permitting process, total expenditures could range up to approximately $31 million in 2017.

We feel like this move so far for Sabina in 2017 is the correct value for the stock between $1.50 and $2.00, and this 50% rally rewards investors properly, the question now revolves around execution in 2017, and it is too early having a single quarter under the belt to determine if shares can close above the upper end of the $2 trading range.  Worth watching here as those who bought on pullbacks have been rewarded. For continuing coverage on shares of $SBB stock, as well as our other hot stock picks, sign up for our free newsletter today and get our next hot stock pick!