Here’s Why MYM NUTRACEUTICALS (OTCMKTS:MYMMF) is Breaking Out 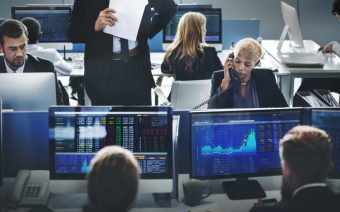 MYM NUTRACEUTICALS (OTCMKTS:MYMMF) continues to break out in a big way. A couple weeks ago, we spotted this one, calling it the next big thing in the cannabis space. MYMMF has soared almost 200% higher in the meantime. And the catalysts continue to stack up as the company progresses toward the establishment of a new major production facility in Australia that is being touted as on track to become one of the most productive in the world, theoretically capable of a yield in excess of 100,000 kg of cannabis yearly.
Right in line with that narrative, shares are breaking out again this week on news that its JV partner, Puf Ventures Australia, has engaged renowned Dutch greenhouse builder, KUBO, for engineering and tender process for the construction of the 1,200,000 sqft fully automated greenhouse to be built in New South Wales Australia, the Northern Rivers Project. The big story here, in theory, is that this high-end builder could suggest a theme of top-tier efficiencies involved in the project as well
MYM NUTRACEUTICALS (OTCMKTS:MYMMF) promulgates itself as a company with a primary focus in developing high-end organic medicinal marijuana supplements and topical products. MYM also has an interest in the development of high-density farming facilities and technologies that allow MYM to expand its brand into the global market.
According to company materials, “MYM Nutraceuticals Inc. is an innovative company focused on acquiring Health Canada licenses to produce and sell high-end organic medicinal cannabis supplements and topical products. MYM has two production projects in Quebec that when completed will have over 1.5 million sq ft of production space. MYM is also a partner in a 1 million sq ft production project in New South Wales, Australia. Australia is a brand-new market that is just opening up and MYM is a leader there. To ensure a strong presence and growth potential within the industry, MYM is actively looking to acquire complementary businesses and assets in the technology, nutraceuticals and CBD sectors. MYM shares trade in Canada, Germany and the USA under the following symbols: (CSE: MYM) (OTC: MYMMF) (FRA: 0MY) (DEU: 0MY) (MUN: 0MY) (STU: 0MY).”
Find out when $MYMMF reaches critical levels. Subscribe to OracleDispatch.com Right Now by entering your Email in the box below.

As noted above, the company’s JV partner for its Australia project just hit the wires with news that it is enlisting the services of a renowned Dutch greenhouse builder (KUBO) to engineer and tender the first Ultra-Clima Greenhouse in Australia specifically for Cannabis.
According to the release, “with the Ultra-Clima, KUBO Group has made advancements towards the greenhouse of the future. The Ultra-Clima greenhouse meets all the requirements of modern growers, higher yields, maximum food safety, minimum energy and water consumption, minimum CO2 emissions and improved returns.”
The Northern Rivers Project reportedly consists of multiple zones over 1,200,000 sqft. This facility is believed to be the Southern Hemisphere’s largest purpose-built greenhouse, designed specifically to produce medical-grade cannabis. The company’s materials and communications claim that, upon completion, its new facility will have an estimated annual production capacity of over 100,000 kg of cannabis. That would put this company right in league with the biggest players in the space.
One other point that management is working hard to push on this story is the notion of a high-efficiency cannabis production facility (“more combined automation, efficiency, good manufacturing practices and sustainability features under one roof than any other existing greenhouse in the world”).
According to its release, “the new facility will create of 300 jobs in the Northern Rivers Region of New South Wales with opportunities for many downstream businesses in the region. The support from all levels of government as been overwhelming and we hope to repay this support with even more job creation. Northern Rivers is a partnership between MYM Nutraceuticals and PUF VENTURES Canada (CSE:PUF) of which MYM owns 35%.”
Currently trading at a market capitalization of $207.1M, MYMMF has a little over $400K in cash on the books, which compares with about $190K in total current liabilities. The company is pre-revenue at this point. We will update the story again soon as developments transpire. Sign-up for continuing coverage on shares of $MYMMF stock, as well as other hot stock picks, get our free newsletter today and get our next breakout pick!
Disclosure: we hold no position in $MYMMF, either long or short, and we have not been compensated for this article.