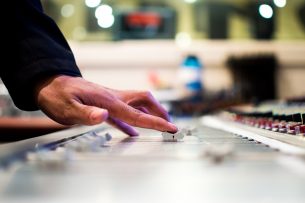 AMAZONAS FLORESTAL COM USD0.001 (OTCMKTS:AZFL) continues to level off from its highs in early September. The newly minted hemp operator is continuing to press forward in operations in Colorado, but is starting to see a little volatility and this could happen until harvests start to pan out.
Last month, AZFL’s chairman stated, “Company management is pleased to announce that the first plantation has reached 100 percent of its growth potential and has been cleared for harvest tomorrow, Friday, September 22, 2017.” While, Todd Ellison, Managing Partner at 303 Farms, Company Contractors in Colorado, added, “The first field is ready for harvest and we anticipate positive results.”
AMAZONAS FLORESTAL COM USD0.001 (OTCMKTS:AZFL) bills itself as a natural resources company diversified in several areas including but not limited to timber, biomass and clean energy generation. The company has also been focused on the cannabis production market of late.
According to its official materials, the company is dedicated to the management of its large tracts of land in the rainforests of Amazonas, Brazil. Amazonas Florestal’s sustainable forest management strategy, with its green philosophy and modern methods of cyclical harvesting, preserves ecosystems through habitat and water resource preservation, positioning it as a potential industry leader in responsible, eco-friendly timber practices.
Headquartered in Miami, FL, Amazonas Florestal Ltd’s goal is to become the leader in sustainable forest management, creating revenue while protecting the biodiversity of the rainforest ecosystem and enhancing the lives of the people who live in it. Amazonas business model relies on three distinct, responsible business initiatives and revenue streams. The first initiative, which is already in operations, is Sustainable Forestry and Timber Operations, by which Amazonas supplies hardwood timber to a diverse worldwide customer base specializing in the manufacture of hardwood sleepers for the railroads in Europe. The other initiatives, which are currently being developed, are in the areas of Industrial Hemp, Bio-mass Development, which creates revenues through the direct sale of clean energy; and Carbon Offsets, which are used to garner REDD Carbon Credit incentives for resale.
Amazonas and its people are committed stewards of the land under its control in the Amazon, and believe that an environmentally responsible company can be profitable and grow while leaving a positive impact on its land, its people, and the bio-diversity of the rainforest.
Amazonas Florestal not only protects one of the world’s greatest natural resources but also showing new methods and criteria that demonstrates how preservation can be profitable.
Find out when $AZFL reaches critical levels. Subscribe to OracleDispatch.com Right Now by entering your Email in the box below.

In early September, AZFL announced the new 10.5 Acre Property in Weld County, Colorado, had been secured. According to the press release, the new location will be used to store the full amount of CBD Flower that Amazon Hemp expects to yield from the 2 x 100 acre fields. The equipment that has been acquired for production of CBD Oil will be placed in this new property.
On August 23, 2017, the company released that the second 10-Q was ready. Additionally, it was noted that Amazon Hemp Ltd., which is a  wholly-owned subsidiary of AZFL, is ready to commence operations at Fort Lupton in Weld County, Colorado in September. Furthermore, the press release also included that Amazon’s facility has 11,000 square feet of storage, a kitchen, and products laboratory. At the time, AZFL noted that the project is at 85% completion. Peter W. Stebbins, Chief Executive Officer of Amazonas Florestal Ltd., was quoted:“Our staff, both in Miami and Colorado, are very happy with the manner in which the Hemp business is developing in Colorado as with the general acceptance that our target accounts have demonstrated thus far on both our CBD products as with the wood products being offered out of northern Brazil. We have a team going to Manaus next month that will also set the ground work to renew our carbon studies. These will determine how many carbon credits will be available to market from company controlled lands on 20 and 25 year projects.”
AMAZONAS FLORESTAL COM USD0.001 (OTCMKTS:AZFL) is leveling off as the market waits on what happens with the upcoming hemp harvest. Carrying a capital value in the market of $577,000k, AZFL has an ambitious plan ahead but no cash on its books that we can see. We will update this one again as new information comes into view. Sign-up for continuing coverage on shares of $AZFL stock, as well as other hot stock picks, get our free newsletter today and get our next breakout pick!
Disclosure: We hold no position in $AZFL, either long or short, and we have not been compensated for this article.