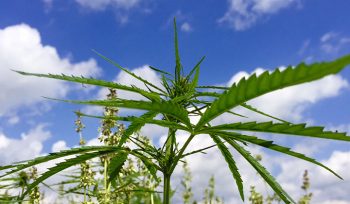 Hemp Inc (OTCMKTS:HEMP) is a micro-cap name that we have been largely bearish on for some time for several reasons. The company has been around for a while and has still failed to log anything substantial in the way of actual revenues and has also weathered some major scandals along the way. This is also a pink sheet stock with totally unaudited financial data and trading on a spread made of entirely unsolicited quotes. Those are just about all the red flags you could imagine. And yet, somehow, the stock is constantly on the front burner and in the top-traded list. Just to top it off, to close last week, we saw the lowest closing level for HEMP shares since the stock became an actively traded vehicle.

Overall, we’ve witnessed -5% carved out of share values of the company over the past week of action, and this action is running right along with the larger trend in the name. The stock has closed below the $0.02 level for the first time since 2010. The situation may be worth watching. HEMP has evidenced sudden upward volatility on many prior occasions. What’s more, the company has witnessed a pop in interest, as transaction volume levels have recently pushed 8% over what the stock has registered over the longer term.

Hemp Inc (OTCMKTS:HEMP) was founded in 2008. The company’s information is somewhat erratic and difficult to parse through – a bit like its CEO.

However, we can get a broad idea of the goals and operations from their materials. But some of this information, particularly with this company, needs to be taken with a grain of salt.

As they frame the message, the company’s long-term goal is “to be the leader in the industrial hemp industry in America”. The company understands its mission to be a provider of “green solutions that help make the world a better place to live. We support products that are eco-friendly, organic, healthy, and solutions that replace many petroleum-based products.”

That narrative continues forward to include the concept that “Hemp, Inc. will produce a product for drilling rigs called “lost circulation material” (LCM), which is used for maintaining the seals when drilling for water, oil, gas, and any other liquid or gas. This product alone is capable of producing millions of dollars in revenue, since some of the largest oil companies in the world will be our primary customers.”

“Eventually, the company will produce fiber materials for the paper and fabric industries, and other industries that utilize materials from hemp to make products such as plastics, building materials, health and beauty related products and more.”

In other words, the concept of “diversified applications for hemp as an industrial material” is the paramount idea.

Find out when $HEMP stock reaches critical levels. Subscribe to OracleDispatch.com Right Now by entering your Email in the box below.

As noted above, HEMP shares just made a new all-time closing low (when looking at the price history after the stock was averaging more than $100 per day in dollar volume) to close out last week.

The company’s most important recent headline was its announcement that the milling portion of its industrial hemp decorticator is online for beta testing and is being debugged.

According to the release, “The disconnect switch, which connects the power to feed the 200-horse power motor on the grinder, was the final piece executives were awaiting to power up the mill. With the disconnect switch now installed, the team powered up its hemp mill last week to beta test and debug the equipment. So far, the team has encountered some small software communication issues, but according to David Schmitt, COO of Hemp, Inc.’s wholly owned subsidiary, Industrial Hemp Manufacturing, LLC, those types of issues are the norm for the milling machinery and were expected.”

“Since the software communication issues we are experiencing now were expected, software programming, which is part of the debugging process, is solving those issues. We expect to finish beta testing and debugging in a couple of weeks,” said Schmitt.

Earning a current market cap value of 5.4M, HEMP has virtually no cash on the books, which compares with virtually no total current liabilities. The company is pre-revenue at this point. You can bet we will update this one again as new information comes into view. For continuing coverage on shares of $HEMP stock, as well as our other breakout stock picks, sign up for our free newsletter today and get our next hot stock pick!