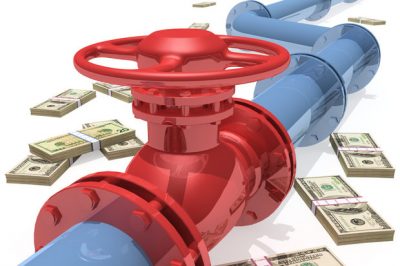 GW Pharmaceuticals PLC- ADR (NASDAQ:GWPH) is a cannabis-related biotech play that we last covered back in October. The action then was “pre-Vote”, and represented a period when retail investors only knew a handful of stocks that provided exposure to the cannabis theme. GWPH stock was perhaps “the” well-known play then — it was the cannabis patch version of AAPL or AMZN. It has also been a remarkable success story. The name traded at under $10 just 3.5 years ago, and now we are looking at a potential breakout above the $130-135 area. That’s special alpha.

There are two key catalysts that we will cover below, but I wanted to point out one of the more important points where GWPH stock is concerned: It represents an indexing frame of reference for MMJ equity. If you are a fund manager and you need some exposure to the cannabis space, this is the closest thing to a blue chip name that there is. As far as gauging recent data: this is a pipeline play and recent results are encouraging. As far as the technicals, the chart continues to look like another breakout may be in the works. GWPH stock is enormously volatile, which must be accounted for. But the overall bearing is still an unbroken tone and mode of continued accumulation.

GW Pharmaceuticals PLC- ADR (NASDAQ:GWPH) trumpets itself as a biopharmaceutical company that engages in discovering, developing, and commercializing cannabinoid prescription medicines. It operates through three segments: Commercial, Sativex Research and Development, and Pipeline Research and Development. The company primarily offers Sativex, an oromucosal spray for the treatment of spasticity due to multiple sclerosis.

It also focuses on the Phase III clinical development program of Sativex for use in the treatment of cancer pain; and Phase 2 trials in other indications, such as neuropathic pain. In addition, the companys product pipeline includes Epidiolex, a treatment for Dravet syndrome and Lennox-Gastaut syndrome, as well as other product candidates in Phase 1 and 2 clinical development for the treatment of glioma, adult epilepsy, type-2 diabetes, and schizophrenia.

According to company materials, “GW is a biopharmaceutical company focused on discovering, developing and commercializing novel therapeutics from its proprietary cannabinoid product platform in a broad range of disease areas. GW is advancing an orphan drug program in the field of childhood epilepsy with a focus on Epidiolex(R) (cannabidiol), which is in Phase 3 clinical development for the treatment of Dravet syndrome, Lennox-Gastaut syndrome, Tuberous Sclerosis Complex and Infantile Spasms. GW commercialized the world’s first plant-derived cannabinoid prescription drug, Sativex(R), which is approved for the treatment of spasticity due to multiple sclerosis in 31 countries outside the United States. The Company has a deep pipeline of additional cannabinoid product candidates which includes compounds in Phase 1 and 2 trials for glioma, schizophrenia and epilepsy.”

Find out when GWPH stock reaches critical levels. Subscribe to OracleDispatch.com Right Now by entering your Email in the box below.

The second most important recent catalyst was the company’s earnings report earlier this month (February). The key highlights boil down to the following:

“As we look forward to 2017, our primary focus is on completing the Epidiolex NDA, which we expect to submit to the FDA in the middle of this year. With three positive Phase 3 trials delivered in 2016, we remain confident in the prospects for Epidiolex’s approval and are accelerating our preparations for a highly successful launch,” stated Justin Gover, GW’s Chief Executive Officer. “Beyond Epidiolex, the value of GW’s cannabinoid platform is further illustrated by promising new clinical data in the field of oncology and we continue to advance a number of additional clinical programs that will yield data this year.”

Long story short: the business is not showing growth right now. However, this story is all about the pipeline.

Hence, the most important story of late is the company’s February 7 announcement of positive top-line results from an exploratory Phase 2 placebo-controlled clinical study of a proprietary combination of tetrahydrocannabinol (THC) and cannabidiol (CBD) in 21 patients with recurrent glioblastoma multiforme, or GBM. GBM is a particularly aggressive brain tumor, with a poor prognosis. GW has received Orphan Drug Designation from the U.S. Food and Drug Administration (FDA) and the European Medicines Agency (EMA) for THC:CBD in the treatment of glioma.

So, the study is proceeding with very clear success thus far in phase 2, where most bad pipeline assets end up weeding out. This one is progressing in a promising manner. In addition, it was granted orphan status, suggesting the go-to-market timeline is a tailwind.

Currently trading at a market capitalization of $3.1B, GW Pharmaceuticals has a significant war chest ($445.1M) of cash on the books, which stands against about $204K in total current liabilities. GWPH is pulling in trailing 12-month revenues of $11.8M. However, the company is seeing declines on the top line on a quarterly y/y basis, with revenues falling at -54.1%. You can bet we will update this one again as new information comes into view. For continuing coverage on shares of GWPH stock, as well as our other hot stock picks, sign up for our free newsletter today and get our next hot stock pick!