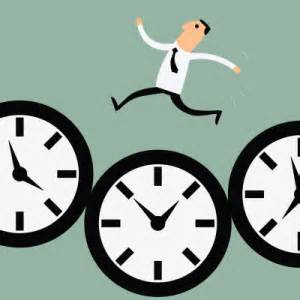 Growlife Inc (OTCBB:PHOT) is another player in the cannabis craze that’s been gripping the OTC world for the last couple months. Naturally, unless you’ve been hiding under a rock, you know that Tuesday will be perhaps the most significant day in the history of the cannabis space, as over 30% of the US population is represented at the polls on the future legal status of marijuana, for either recreational or medicinal use.

In our last update on PHOT stock, we called it a “worrisome laggard”. The idea is basically that this one is a part of the space, but hugely underperforming other similar plays. Our basic stance on that type of thing is to assume the market is usually right about this type of differentiation. In short, we suggest a higher bar of due diligence when something starts to lag a major group move because it suggests the insiders aren’t buying hand over fist like they should be.

Growlife Inc (OTCBB:PHOT) trumpets itself as the next in line as the nation’s largest cultivation service provider for cultivating organics, herbs and greens and plant-based medicines.

Their stated mission is to “best serve more cultivators in the design, build-out and expansion of their facilities with products of high quality, exceptional value and competitive price. Through a nationwide network of local representative, regional centers and its e-Commerce team, GrowLife provides essential goods and services including media (farming soil), industry-leading hydroponics equipment, plant nutrients, and thousands more products to specialty grow operations in 17 states.”

GrowLife is headquartered in Seattle, WA and was founded in 2012.

Find out when PHOT stock reaches critical levels. Subscribe to OracleDispatch.com Right Now by entering your Email in the box below.

It’s important to note that there is very little information out there on this stock. That makes analysis a bit more difficult.

In June PHOT announced GrowLife Cube, a new subscription service for emerging indoor growers. GrowLife will service the demand from aspirational indoor cultivators in many states, from first-time growers to those entrepreneurs seeking to scale-up and become professional cultivators.

And therein lies all potential here. GrowLife Cube, found at Greners.com, is a complete indoor growing subscription service that provides an ecologically friendly environment with indoor growing equipment packages starting at $499 and monthly supplies and consulting services to help bring crops to harvest.

In addition, the company recently announced that the Board of Directors have agreed to extend Mr. Marco Hegyi’s employment contract for another two years after extensive discussions.

“Marco Hegyi has led PHOT back to active trading from the Gray Sheet market, effectively maintained positive and constructive relationships with shareholders, customers and suppliers, and enabled PHOT to continue operating through the Company’s most challenging times,” stated GrowLife Compensation Committee Chairman and Board Member Michael Fasci. “Therefore, with this employment agreement, GrowLife will maintain management continuity for the next two years under Marco’s leadership.”

The chart shows 41% during the past month in terms of shareholder gains in the name, but this action is running counter to the larger trend in the name. However, PHOT stock has evidenced sudden upward volatility on many prior occasions. Furthermore, the company has benefitted from a jump in recent trading volume to the tune of topping 230% beyond its prior sustained average level.

At this time, carrying a capital value in the market of $22.4M, PHOT has virtually no cash on the books, with total assets a bit over $1.4M, which must be weighed relative to a mountain of debt nearing $7 mln. This is obviously a terrible balance sheet situation and suggests an extreme level of dependency on voting outcomes. The only cure for a balance sheet like this is growth. Without an expanding pie to sell into, that will be a tough order, and would likely spell possibly multiple rounds of dilution on the horizon for this name. That said, the other clear effect of a balance sheet like this is to keep investment flows out. Hence, if that growth does appear, this may one of the most dramatic outperformers in the aftermath. We will update the PHOT stock again soon. For continuing coverage on shares of Growlife Inc, as well as our other hot stock picks, sign up for our free newsletter today and get our next hot stock pick!