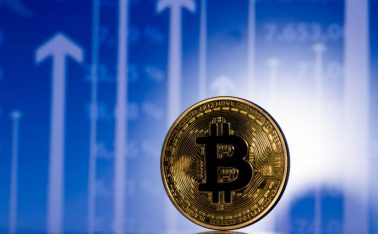 BITCOIN SERVICES I COM USD0.001(OTCMKTS:BTSC) has skyrocketed in the first six months of the year. After hitting a low of $0.001 towards the back end of last year which left investors worrying about whether the company would still be in existence, the recovery has been incredibly strong. It took a little time to get out of the starting blocks with January’s first few days initial gains erased over the course of the rest of month. It was mid Feb when it really began to make some moves, crossing over the 50MA line for the first time in 6 months and even more significantly crossing the 200MA line 10 days later. The price remained steady in March hugging the 200MA line before resuming its ascent up in April and May reaching a high for the year of $0.207 on June 6th before pulling back to close at $0.1145 today.

Bitcoin Services offers an escrow service acting as a neutral third party between buyers and sellers when doing business online. An escrow service is specially needed when making payments, buying things online, doing bitcoin exchanges on forums and similar. Since bitcoin transactions are irreversible many use escrow services. This type of service is becoming more and more popular as it provides safer transactions by keeping the coins in escrow until both parties have confirmed they are satisfied, providing protection to both the buyer and seller. With over 650 Bitcoin ponzi schemes having emerged over the last year, it is imperative that people feel their money is safe when conducting transactions especially as Bitcoin’s price has risen so dramatically this year.

In addition to this, BITCOIN SERVICES I COM USD0.001(OTCMKTS:BTSC) mines Bitcoins and provides blockchain software development services. The Bitcoin network compensates the company by assigning bitcoin for providing the necessary computational power to mine the coins. This comes in the form of both newly issued bitcoins and from the transaction fees included in the transactions validated when mining bitcoins. The more computing power contributed the greater the percentage of the takings.

The cryptocurrency world has blown up in incredible proportions this year surpassing $100 billion on June 6th and with Bitcoin being the number one coin, it isn’t surprising that it has led to attention grabbing headlines in the mainstream media including CNN.

As more and more new buyers stream into the market, it is likely that over the course of years we will see the price continue to go up and up providing it isn’t replaced by a better coin or technology. Although some investors remain cautious about the cryptocurrency space, many claiming it is a bubble and ready to burst.

The key point, that many overlook, is that blockchain technology is already being used in a practical manner. Japan recently deemed Bitcoin as legal tender on April 1st and it is now possible to pay for a flight using it, many websites are also taking it as payment which leads us to the conclusion that the more it is incorporated into daily life the more it will be accepted and demanded just like any other major technological breakthrough.

The main problem for investors when it comes to Bitcoin lies with the volatility of the coin which has seen it go from $750 at the start of the year to a peak of $3000 and back down to $2100 one week later, the less stomach churning option is to invest in companies that develop blockchain technology and provide services that facilitate transactions such as Bitcoin Services Inc. (OTCMKTS:BTSC), and after a recent pullback and potential bullish MACD cross forming – now could be just the right time. For continuing coverage on shares of Bitcoin Services stock, as well as our other breakout picks, sign up for our free newsletter today and get our next hot stock pick!