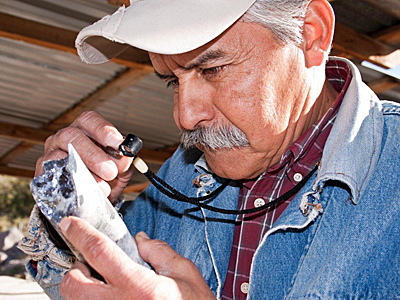 Great Panther Silver Ltd (NYSEMKT:GPL) shareholders are hoping for more of the same out of the silver market, which is up nearly 20% over the past 12 months. Rising precious metals prices globally have been lifting the fortunes of gold and silver miners, and Great Panther Silver Ltd. (NYSEMKT: GPL) is no exception. Shares of the company have been red-hot since the beginning of the year, up a scorching 171 percent.

Shares of Vancouver-based Great Panther Silver are currently trading at $1.40, giving the company a combined total market capitalization of $233M. Over a 52-week period, shares of the company have traded as low as $0.41 and as high as $2.25. Institutional owners account for approximately 12 percent of all ownership.

You can find out when $GPL stock reaches critical levels. Subscribe to OracleDispatch.com Right Now by entering your Email in the box below.

The Topia Mine shutdowns hint at a broader problem at Great Panther Silver – the company is heavily tied to the fortunes of its two major silver mining projects in Mexico – Topia Mine and the Guanajuato Mine Complex, which includes the Guanajuato Mine and the San Ignacio Mine. Unlike larger silver miners, which might have anywhere from 10 to 25 different operational silver mine projects, Great Panther Silver has just two.

Thus, the plan appears to be to bring as many of these new gold and silver mining projects on-stream as soon as possible. However, digging more mines doesn’t always guarantee better results. Look at what happened in 3Q 2016, when the company cited lower grades and lower recoveries for its disappointing production volume.

Overall, analysts appear to be mixed on the stock. There are some who see Great Panther as a junior silver miner that’s particularly vulnerable to the swings in price in the precious metals markets. But there are others who see Great Panther Silver on the cusp of major growth, powered by rising silver prices worldwide. From 2011 to 2015, for example, total production growth increased from 2.2 million ounces to 4.1 million ounces, for a compound annual growth rate of 12 percent.

On October 18, Zacks Investment Research boosted its rating on Great Panther Silver from “Hold” to “Buy.” According to MarketWatch the new price target for the stock is $2.78. That price target is nearly double from the current price of $1.40, and above the company’s 52-week high of $2.25.

Going forward, investors will be keeping a close eye on the company’s silver production figures. The particular focus will be the Guanajuato Mine Complex, which accounts for nearly 75 percent of the company’s silver production. Moreover, if some of the company’s other exploration assets start to ramp up production, that would be a great sign for GPL investors. As long as silver prices continue to strengthen, Great Panther Silver looks to be a major beneficiary. For more news on Great Panther Silver and other fast-moving penny stocks, please subscribe to OracleDispatch.com now.