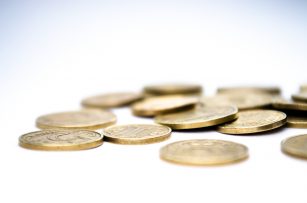 GREAT BASIN SCIENT COM USD0.0001 (OTCMKTS:GBSN) is a deep sub-penny micro-cap stock that has been through an incredible journey downward over recent years. It is truly one of the most remarkable looking log weekly charts you will ever come across, falling from over $460,000,000/share to less than a hundredth of a penny in under 18 months on a split-adjusted basis. GBSN stock has been on a wild ride to say the least.

That said, reality is remarkable in its subjectivity. For those who just stumbled across the name in the past few days, all they see is a potential 271% gain in a stock that has massively outperformed just about everything in the small and micro-cap ranks. The catalyst for the recent move appears to be the company’s announcement that it has received FDA clearance for its Bordetella Direct Test, following a 510(k) submission on February 1, 2017. According to the release, the Company received notification of clearance from the FDA on Friday, March 31, approximately 57 days from submission. As we understand it, the Bordetella Direct Test is GBSN’s fifth FDA cleared assay.

The company’s platform provides C. diff test, a rapid medical diagnostic test for the detection of C. diff, a gram-positive bacteria that causes severe diarrhea and other intestinal disorders. It also provides Group B streptococcus test, which is used to detect Group B streptococcus from an anal/vaginal swab of a pregnant woman.

The company sells its diagnostic tests through a direct sales force in the United States, as well as through distributors in the European Union and New Zealand. The company was formerly known as Diagnostic Micro Arrays, Inc. and changed its name to Great Basin Scientific, Inc. in April 2006.

Find out when GBSN stock reaches critical levels. Subscribe to OracleDispatch.com Right Now by entering your Email in the box below.

As noted above, GBSN stock has suddenly seen a revival in interest after a mountain of pain over the past 18 months. The move higher over the past couple sessions has been sharp, and appears to be connected to the company’s announcement of FDA clearance for its Bordetella assay.

“More than a year ago, we created a clinical affairs team tasked with streamlining our clinical trial processes and strengthening our methods for presenting submissions to the FDA, with the objective of more rapidly and efficiently expanding our product menu,” said Robert D. Jenison, chief technology officer, Great Basin. “Pertussis is a very contagious disease and the incidence is steadily rising, so the swift response and clearance from the FDA is gratifying and substantiates that our investment in this aspect of our business has been well placed.”

According to the company’s most recent release, the CDC estimates that globally there are approximately 16 million cases of pertussis per year, with the disease being responsible for 195,000 deaths annually. Reported cases of pertussis in the U.S. have spiked since 1955, likely a result of declines in vaccine use, waning vaccine-induced immunity in adolescent and adult populations, and continued circulation of B. pertussis in the population. Given the gravity of the disease as well as its capacity for contagion, hospitals, health systems and patients can benefit from the rapid detection and timely treatment of pertussis.

“We are pleased with the speed in which this test was cleared, and are further encouraged by the higher-than-expected demand from our customer base requesting immediate evaluations of Bordetella Direct,” said Ryan Ashton, co-founder and chief executive officer of Great Basin. “Children’s hospitals, in particular, are seeing a growing call for pertussis testing, while at the same time experiencing a reduction in reimbursements. Our on-demand test is fast, easy-to-use, and cost-effective, making it a compelling option to meet growing demands.”

GBSN has a significant war chest ($48.1M) of cash on the books, which compares with about $71.4M in total current liabilities. One should also note that debt has been growing over recent quarters. GBSN is pulling in trailing 12-month revenues of $3M. In addition, the company is seeing major top line growth, with y/y quarterly revenues growing at 39.2%. The move in shares has potentially breathed some new life into the action in GBSN stock, and we look forward to a follow-up chapter as events transpire. For continuing coverage on shares of GBSN stock, as well as our other hot stock picks, sign up for our free newsletter today and get our next hot stock pick!