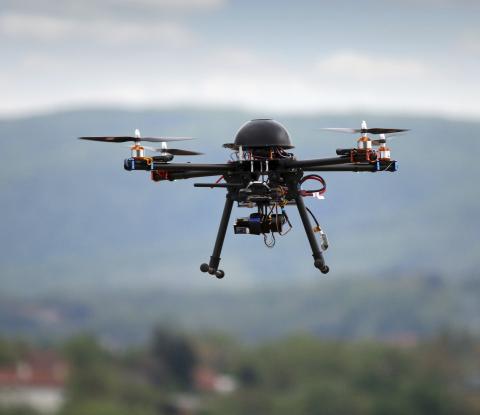 Valmie Resources Inc (OTCMKTS:VMRI) is a stock that’s been whipping back and forth in a wicked range for the past few months. You might take a look at its recent action and conclude it’s had a rough time. One might point out that it’s down now 65% from its levels in late June. However, and we would argue more importantly, if you accumulated this stock last year and into the start of this year, then you are sitting on 300-500% in gains right now and extremely happy with the world.

Has there been some “investor awareness” work here? Naturally. But it’s not too difficult to get people excited about the unmanned aerial vehicle space. The drone market is expected to surpass the $100 Bln mark in the years to come as unmanned aerial functionality goes from pure military application to commercial and mainstream application.

Find out when $VMRI reaches critical levels. Subscribe to OracleDispatch.com Right Now by entering your Email in the box below.

As far as recent catalysts, obviously the important one is the announcement that the company’s wholly owned subsidiary, Vertitek, is in growth mode and relocating to larger headquarters. Vertitek’s new center of operations, located in Lake Charles, Louisiana, is scheduled to open on Monday, October 24. The location will house Vertitek’s expanded fabrication facility featuring the most modern technologies. Vertitek’s enhanced Engineering and Services component will allow for 100% in-house design and production of prototypes for large-scale commercial drones.

“Vertitek will gain huge industrial and commercial potential through this enhanced facility and the capacity to expand to other parallel markets where exportation and outsourcing is very common,” said Sean Foster, President of Vertitek. “Another big benefit of in-house production is the ability to protect intellectual property, which is significant in the drone racing field.”

The company also just put out a new 10-Q for the last quarter. We know this is a pre-revenue business. It’s encouraging to see cash growth and net loss from operations falling. That said, given the explanation just above, expansion takes money, and one risk to this story is a theoretical inability to fund operations.

However, with the growth inherent in the space, there may be plenty of options here.

Now commanding a market cap of $75.3M, VMRI has an extremely small store of cash on the books, in a pool of total assets greater than $240K, which is balanced by almost no total accumulated debt. Traders will note 5% piled on for shareholders of the stock during the trailing month. VMRI has a track record that includes a number of dramatic rallies, so we would keep it on the radar. What’s more, the name has registered increased average transaction volume recently, with the past month seeing 55% above its longer run average levels, which is encouraging given this has been a slow-news period. For continuing coverage on shares of $VMRI stock, as well as our other hot stock picks, sign up for our free newsletter today and get our next hot stock pick!