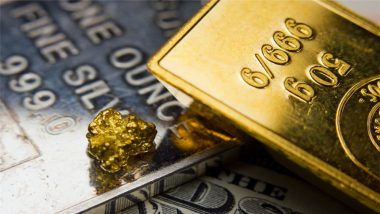 GOLDEN ARROW RES COM STK NPV (OTCMKTS:GARWF) is a micro cap stock in the metals and mining sector. Metals and mining companies bottomed a year ago when all indexes related to the sector stopped and turned. The long decline began when the Chinese demand for global commodities slowed down, but more importantly the perception of Chinese demand reversed direction. This reversal was directly related to the completion of the infrastructure build out happening in China.  We saw so many empty Chinese buildings, full cities were empty, and it was clear the government sponsored expansion has swung to far. The result was the perceived demand for global commodities was over and prices across the board would go into a 2 -3 year decline which ended in early 2016. Markets had swung from the highs in 2012 to the bottom in 2016.

Many companies went out of business, and others downsized preparing for lean years they had seen before. Golden Arrow Resources came on the scene after the lean years is a Vancouver-based exploration company focused on creating value by making precious and base metal discoveries and advancing them into exceptional deposits.

GOLDEN ARROW RES COM STK NPV (OTCMKTS:GARWF) is currently focused on its Chinchillas Silver Project located in the mining-friendly Province of Jujuy, Argentina. Exploration has progressed rapidly since the acquisition of the project in late 2011. The innovative transaction announced October 1st 2015, positions the Company to maximize shareholder value by fast-tracking Chinchillas to production and becoming a 25% owner of the Pirquitas silver mine.

Mines like Jujuy would normally have been in play, but now that prices have turned higher and the perception of demand has shifted you have real demand.  Much of this is due to Lithium and other needed commodities being recognized again as an important part of the global economy.  Below are some important facts for the project for Golden Arrow.

Find out when GARWF stock reaches critical levels. Subscribe to OracleDispatch.com Right Now by entering your Email in the box below.

Another important factoid is that Silver Standard Resources Inc. NASDAQ:SSRI and GARWF have agreed to extend the period in which Silver Standard may form the joint venture with Golden Arrow for the development of the Chinchillas project. This period has been extended to March 31, 2017. The Business Combination Agreement was previously announced on October 31, 2015. This extension was important for the project and shareholders, it also seems to bring in new buying as the stock has moved 30% in March of this year and are set up nicely for a solid Q2 in 2017. For continuing coverage on shares of $GARWF stock, as well as our other hot stock picks, sign up for our free newsletter today and get our next hot stock pick!