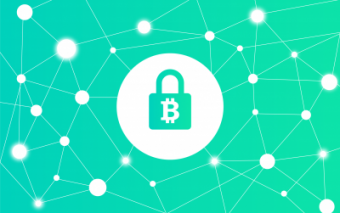 Global Arena Holding Inc (OTCMKTS:GAHC) is a penny play in the blockchain space that has grabbed hold of the attention of OTC traders during the stock’s recent rise. If you look at its chart closely, you will see a very interesting dynamic over the past 30 days: on March 31, the company filed a notice (a late filing notice, form 12b-25). This is a typical filing that basically means the company elected not to file its 10-K annual report.

That’s not the interesting part. The interesting part is the action around this notice. A late filing notice is often a very bad thing because, normally, it’s not just because the guy in the finance department spilled his latte on a thumb drive and they had to restart the day of. More typically, company’s file late because they are trying to figure out a strategy about how to publicly frame something that may be going wrong under the surface. But, in this case, we think the exact opposite may be the case, and we’ll get to why in a moment. But first, if you don’t know the name, here is what we could find in terms of general information.

Global Arena Holding Inc (OTCMKTS:GAHC) frames itself as a company that became a public company on May 27, 2011 when it successfully completed a reverse merger with China Stationary and Office Supply (CSOF), an OTC Bulletin Board Company.

The name and symbol were subsequently changed to Global Arena Holding Inc. and GAHC respectively.

GAHC is trading on the OTC Pink Sheets and has been publicly traded since 2011. GAHC holds a number of interests including Global Election Services Inc., Global Arena Investment Management, and GAHI Acquisition Corp., a company incorporated to be the merger subsidiary for a proposed acquisition of Blockchain Technologies Corporation (“BTC”).

From what we can glean, any thesis about some emerging excitement under the surface of GAHC most likely will spring from its ties to blockchain technology through the BTC subsidiary.

Find out when $GAHC stock reaches critical levels. Subscribe to OracleDispatch.com Right Now by entering your Email in the box below.

As noted above, the action in the stock around a late filing notice may give a little insight into things.

We have said in the past – and we are big believers in this – that small cap and microcap stocks able to act strong without promotional activity or a constant flow of new, hyped-up headlines and press releases are usually sending a silent, but crucial message: they are under quiet accumulation by folks who know something that the general public has yet to understand.

The fact that GAHC shares rallied sharply off the new year turn, and then sold off for a couple weeks into the late filing notice, and then launched higher the day after that notice was filed all paint a picture that may be telling a story.

In any case, we can see that the stock really took off once the late filing notice was out of the way. And we looked around and couldn’t really find any other clear catalysts for the move. Furthermore, we do not see any clear action among other blockchain plays that mirrors the action found in this stock, nor do we see any obvious promotional activity in the name of late. Finally, we certainly do not see an active company on the investor relations front either: no press releases in five months.

Hence, it’s not unreasonable to assign some special significance to recent action this name.

Traders will note nearly 120% added to share values of the listing over the past month of action. The situation may be worth watching. GAHC has a track record that includes a number of dramatic bounces. Moreover, the company has registered increased average transaction volume recently, with the past month seeing 32% above its longer-run average levels.

Now commanding a market cap of $3.9M, GAHC has virtually no reported cash on the books, which is balanced by about $2M in total current liabilities. One should also note that debt has been growing over recent quarters. GAHC is pulling in trailing 12-month revenues of $1.5M. However, the company is seeing declines on the top line on a quarterly y/y basis, with revenues falling at -51.3%. This may be a very interesting story and we will look forward to updating it again soon. For continuing coverage on shares of $GAHC stock, as well as our other hot stock picks, sign up for our free newsletter today and get our next hot stock pick!