General Cannabis Corp (OTCMKTS:CANN) Searches for the Next Big Bid 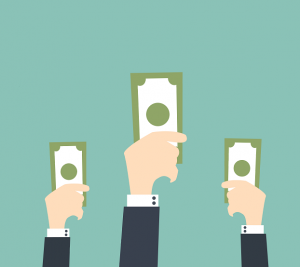 General Cannabis Corp (OTCMKTS:CANN) is a micro-cap player in the cannabis patch that was truly one of the biggest winners in the “Green Rush 2.0” scramble last Fall. The stock launched from under $1/share to an intraday high above the $5 level in about two months just in front of the November election voting ballots. Of course we know that 8 of 9 states voted that day to increase the relative level of legalization of pot in their respective legislative domains. But we also know that most of the gains realized by smart money players in the space occurred well in front of that vote.

CANN shares have peeled back quite a bit in the aftermath, recently diving through support to nearly the $1 level once again. One of the big reasons for the weakness is the company’s recent financial report, in which it revealed that revenues grew only 4% on a y/y basis during the single greatest legislative tailwind in the company’s history. That’s understandable – that investor sentiment would decay during such a period. However, there may still be some interesting action ahead for this name. We will look at that below. But first, for those not familiar with this company, let’s take a broad view.

General Cannabis Corp (OTCMKTS:CANN) trumpets itself as a company that provides services to the regulated cannabis industry in the United States. The company engages in the acquisition and leasing of cultivation space and related facilities to licensed marijuana growers and dispensary owners; and provision of security services, including on-site professionals, video surveillance, and cash transport to licensed cannabis cultivators and retail shops.

According to company materials, “General Cannabis Corporation is the comprehensive resource for the highest quality service providers available to the regulated Cannabis Industry. We are a trusted partner to the cultivation, production and retail side of the cannabis business. We do this through a combination of strong operating divisions such as real estate, consulting, security, financing and the distribution of important infrastructure products to grow facilities and dispensaries. As a synergistic holding company, our subsidiaries are able to leverage the strengths of each other, as well as a larger balance sheet, to succeed.”

Find out when CANN stock reaches critical levels. Subscribe to OracleDispatch.com Right Now by entering your Email in the box below.

As noted above, the stock reacted poorly to the company’s recent financial report. However, we would also note that this is a more nuanced story than that which can be captured by a single yearly comp. This is summarized aptly by the company’s CEO:

“Next Big Crop, our Operations segment, had record revenues in the first quarter of 2017,” said Robert Frichtel, Chief Executive Officer of General Cannabis. “With 29 states and the District of Columbia now having legalized medical marijuana, of which eight states also legalized recreational use, Next Big Crop has expanded its business by assisting companies submitting applications to acquire licenses, and have also signed new contracts to provide operational consulting and products. Next Big Crop is developing a robust pipeline of business for the next year.”

Traders will note 23% during the past week in terms of shareholder gains in the name, a rally that has pushed up against longer standing distributive pressure in the stock. Market participants may want to pay attention to this stock. CANN has a track record that includes a number of dramatic bounces. In addition, the company has seen an influx in interest of late, with the stock’s recent average trading volume running 39% over what the stock has registered over the longer term.

Traders should note this as important with a float in play that’s relatively small — under 13M shares. As savvy traders are well aware, ramping trading activity can overwhelm available supply in a stock with this type of small float, leading to an upward burst in prices.

Earning a current market cap value of $27.63M, General Cannabis Corp has a store ($408K) of cash on the books, which must be weighed relative to virtually no total current liabilities. CANN is pulling in trailing 12-month revenues of $3M. In addition, the company is seeing top line growth, with y/y quarterly revenues growing at 3.9%. We will update the story again soon as developments transpire. For continuing coverage on shares of $CANN stock, as well as our other breakout picks, sign up for our free newsletter today and get our next hot stock pick!