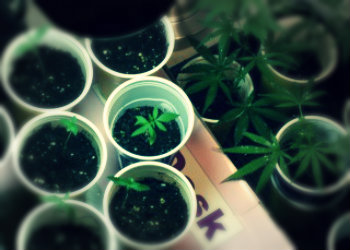 NOVUS ACQ & DEV CO COM USD0.001 (OTCMKTS:NDEV) is a stock that has been trading sideways in a tight consolidative range, showing strong support in post-election action. However, on Friday, the stock found a burst of interest and broke out upward. We can’t find a clear catalyst for the move. But the company did recently release its own analysis of how the new Trump administration will affect the company’s prospects going forward.

In our last update on the company, we noted that Proposition 64 in California represented a milestone for the marijuana marketplace, as we have been contending, not just legislatively but culturally. We argued that the legitimization of the industry will bring into place factors such as taxation levels that point in favor of players like NDEV. Since that report, the stock has powered about 80% higher and still appears to be poised constructively.

NOVUS ACQ & DEV CO COM USD0.001 (OTCMKTS:NDEV) bills itself as a provider of medical plans and related programs for hemp and cannabis patients in the United States.

Find out when $NDEV stock reaches critical levels. Subscribe to OracleDispatch.com Right Now by entering your Email in the box below.

According to the company’s recent release, “The day Donald Trump was elected president, four states legalized marijuana for recreational use, while four others legalized or expanded access to medical marijuana. As a result of those ballot initiatives, most states now recognize marijuana as a medicine, and one in five Americans live in a state that has decided to tolerate medical cannabis consumption with a doctor’s note.”

In addition, we know that Trump campaigned on a platform of marijuana and legalization, stating; “I think that it should be a state issue, state-by-state,” he said to The Washington Post last year. He later told Bill O’Reilly that he is “100 percent” in support of medical marijuana.

So as an investor, let’s assess this situation: Trump is for medical marijuana, and has no particular explicit stance on recreational marijuana, but for the states that just legalized it then the Trump administration would have a monumental cost of fighting this cause state by state, leaving less federal funds to fight the crimes that matter to the American public.

The company’s analysis of this is particularly interesting. They note: “While a spending rider that is likely to be renewed protects medical marijuana suppliers from the feds, this rider was approved by Congress in 2014 and 2015 prohibiting the Justice Department from prosecuting marijuana suppliers who “fully comply” with state laws allowing medical use of the plant. A three-judge panel of the U.S. Court of Appeals for the 9th Circuit said federal marijuana defendants are entitled to evidentiary hearings at which they can try to show their actions were authorized by state law. Therefore, Sessions, if given free rein (and he is in a ‘marijuana destruction’ mode) could easily destroy in the recreational industry (not without being challenged), but not the medical marijuana industry.”

If that is correct, then we may see a premium shift to MMJ stocks to the detriment of RMJ stocks.

Traders will note 63% during the past month in terms of shareholder gains in the listing. Market participants may want to pay attention to this stock. NDEV has a history of dramatic rallies. Furthermore, the stock has registered increased average transaction volume recently, with the past month seeing 35% above its longer-run average levels. It pays to take note of this fact given the stock’s extremely small trading float of 13.9 million shares. Traders should not overlook this combination, as ramping trading activity can overwhelm available supply in a stock with this type of small float, leading to an upward burst in prices.

Now commanding a market cap of $29.6M, NDEV has a decent store ($107.14k) of cash on the books, with total assets greater than $790K, which must be weighed relative to an appreciable load ($180.00k) of total accumulated debt. NDEV is making real money, with trailing 12-month revenues coming in at $96.76k. As more color becomes clear on the name, we will review the situation and update our take. For continuing coverage on shares of $NDEV stock, as well as our other hot stock picks, sign up for our free newsletter today and get our next hot stock pick!