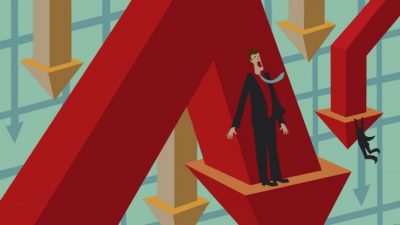 FIRST BITCOIN CAP COM NPV (OTCMKTS:BITCF) shares got leveled Wednesday, cut in half to be exact. The most prolific cryptographic creator of tokens on the Bitcoin Blockchain, received notice from OTC Markets of unusual market activities in its common shares. Skull and Cross-bones. This is not totally uncommon but still does not settle well for most who are holding shares.

A look at the chart below shows the price ramp and volume, and wow was it flying under the radar as most OTC investors are focused on Cannabis Stocks. Blockchain/Bitcoin is on a sneaky run, but many don’t get the fact that they are related. The belief is that Bitcoin and Blockchain will be the bank for Cannabis, this is why they move together. The banking industry has their head in the sand.

Bitcoin Unlimited Futures is one of the latest cryptographic creations of the company and rides on the rails of the Bitcoin Blockchain. Released by the Company as a means of allowing speculators to predict the outcome of the forthcoming hard fork of Bitcoin Core into two distinct assets, Bitcoin Unlimited Futures trades under the symbols XBU on the decentralized OMNIDEX and the Company’s subsidiary, COINQX.com as well as XB on the CCEX.com exchanges.

Find out when $BITCF stock reaches critical levels. Subscribe to OracleDispatch.com Right Now by entering your Email in the box below.

“Becoming debt free not only strengthens our balance sheet but is an important milestone for a development stage company which positions the company for a more rapid path to profitability.”

First Bitcoin Capital is engaged in developing digital currencies, proprietary Blockchain technologies, and the digital currency exchange- www.CoinQX.com. We see this step as a tremendous opportunity to create further shareholder value by leveraging management’s experience in developing and managing complex Blockchain technologies, developing new types of digital assets. Being the first publicly-traded cryptocurrency and blockchain-centered company (with shares both traded in the US OTC Markets as [BITCF] and as [BIT] in crypto exchanges) we want to provide our shareholders with diversified exposure to digital cryptocurrencies and blockchain technologies. At this time the Company is developing several cryptocurrency related businesses and owns and operates several digital assets.

Bitcoin Capital (OTCMKTS:BITCF) has run hard in 2017 and I was talking to a few investors that worry about the pullback which is inevitable in these related industries (Cannabis & Blockchain), but note that I heard the same caution when BITCF was trading .36 cents leaving 100% on the table. Buying momentum stocks in one of the more difficult trades money managers of any kind must make. If you were long at .15 cents it is much easier to add at .35 cents then again at .75 cents, but if you were to walk into your first trade at .75 cents up 1500% on the year it might feel like a high wire act, this is always difficult to do.

I have learned over the years that the most difficult trades are always the best trades, and keep in mind for our purposes I do not recommend what price to enter a stock, you must decide that on your own, every investor has different risk parameters so anyone who gives you advice (unless he is your wealth manager who see’s your portfolio) is unqualified to advise you on where to enter or exit. What we do here is point out the movers and the what and why, and I see a distinct correlation between the Cannabis, Bitcoin and Blockchain relationship – that you can take to the bank. For continuing coverage on shares of $BITCF stock, as well as our other hot stock picks, sign up for our free newsletter today and get our next hot stock pick!