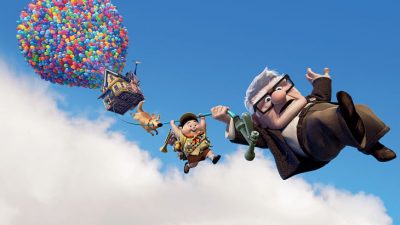 Bulova Technologies Group, Inc. (OTCMKTS:BTGI) is a microcap player that shot to the forefront of the minds and screens of many OTC traders last week when the stock blasted over 200% higher in a single session ostensibly in reaction to strong earnings. The key part of the equation in the move was the top line result, as the company achieved revenues of $6,259,160 from its operations for the three-month period ending March 31, 2017.

In the aftermath, however, we have already seen shares tumble most of the way back down to earth. The only other announcement that hit the wires in the interim was the company’s report of the dissolution of Bulova Technologies Compliance & Security LLC in connection with its concentration in its transportation business. Stephen L. Gurba, President and Chief Executive Officer of the Company, stated, “With this corporate restructuring, we have chosen to focus our assets and energies on our transportation business where we believe the most promise lies for the Company. We intend to be very active in this segment and anticipate additional growth in the very near future.”

The Bulova Technologies Machinery line of equipment can be viewed under our website at www.BulovaTech.com and is sold thru Bulova’s three locations and many distributors throughout the United States and Canada. BT Twiss Transport LLC is a premier trucking company with over 105 trailers and 90 trucks aimed at providing highly reliable refrigerated trucking services primarily to the food industry. It provides full load and less than full load services to enhances asset utilization.

Subscribe below and we’ll keep you on top of what’s happening before $BTGI stock makes its next move.

As noted above, the company recently posted much stronger-than-expected revenues, with over $6M posting to sales. One might also point out that the company notes its nearly $10.8M in income on the deconsolidation of its Bulova Technologies Ordnance Systems LLC subsidiary, yielding a net income of better than $8.7M for the quarter in fully audited SEC-filed results.

Gurba, President and CEO, stated, “We are pleased by the results of this quarter and we look forward to an increase in our operations’ revenue in succeeding quarters.” According to the release, the company also noted that it was “optimistic” that its revenue target of $28M was achievable by the end of the third quarter this year.

As we pointed out above, the company has already stated that it believes the lion’s share of promise lies with its transportation segment. On that note, the company recently reported that its BT Twiss Transport LLC (BT Transport) subsidiary has been awarded the Translogistics, Inc. (TLI) 2015 Asset Truckload Carrier of the Year award by a key customer.

According to that release, “TLI selects the recipient of this award based on both objective and subjective factors that, when combined in the selection process, resulted in an excellent rating for all TLI established measurements of BT Transport’s performance and interactions with TLI.”

Traders will note 73% added to share values of the listing over the past month of action. The situation may be worth watching. BTGI has evidenced sudden upward volatility on many prior occasions. Furthermore, the listing has seen an influx in interest of late, with the stock’s recent average trading volume running just under 810% over what the stock has registered over the longer term.

At this time, carrying a capital value in the market of $1.54M, BTGI has a reserve ($306K) of reported cash on the books, which is balanced by about $9.1M in total current liabilities. One should also note that debt has been growing over recent quarters. BTGI is pulling in trailing 12-month revenues of $26M. In addition, the company is seeing major top line growth, with y/y quarterly revenues growing at 25.5%. You can bet we will update this one again as new information comes into view. For continuing coverage on shares of $BTGI stock, as well as our other hot stock picks, sign up for our free newsletter today and get our next hot stock pick!