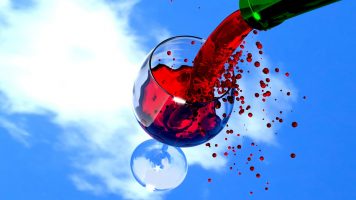 ENVIRONMENTAL PACK COM USD0.0001 (OTCMKTS:EPTI) is a company working to make shipping liquids easier and more efficient. If you buy boxed wine, and open the packaging you can see the bladder that holds the wine is a thicker plastic that has no issues holding and dispensing the wine. This is the patented idea behind EPTI, except they do this on a much larger scale.
After one year of extensive testing and trials, EPTI has begun delivering its newly introduced LiquiRide™ flexitanks to several of the world’s largest beverage companies. As the first flexitanks that work within refrigerated shipping containers and refrigerated tractor trailers, EPT’s LiquiRide™ tanks make it possible to ship juice and other liquids requiring temperature control in a flexitank. “I believe that LiquiRide™ is transforming this industry,” said David Skriloff, CEO.
ENVIRONMENTAL PACK COM USD0.0001 (OTCMKTS:EPTI) and its LiquiRide™ opens up new markets such as fresh juices, juice concentrates, milk – and virtually any liquid requiring temperature control – that have previously been unable to take advantage of the economic and environmental benefits of flexitank shipping.

Find out when $EPTI stock reaches critical levels. Subscribe to OracleDispatch.com Right Now by entering your Email in the box below.

According to the company, one flexitank can hold up to 24,000 liters of liquids. With the introduction of its patent-pending LiquiRide™ product, EPTI opened the market for flexitanks to be utilized in 40’ and 53’ containers and trailers in both dry and refrigerated configurations allowing for the first time shipments of liquid requiring temperature controls. Customers use EPTI’s state-of-the-art flexitanks to ship a wide variety of liquids including latex and other chemicals, edible oils, wine, petroleum based products and many others. EPTI provides flexitanks to shipping companies, logistics companies, manufacturer suppliers and consumer product manufacturers in more than 50 countries around the world.
We were watching the share price and noticed it begin to gain momentum in early June. Today, the company shares rallied 22% giving EPTI a $30.95 million market cap carrying 23.81 outstanding shares, and this move follows a recent capital raise after they closed on a series of financings totaling $7.67 million of new capital, consisting of $2.9 million of equity in the form of “straight” common stock, conversion of $760,000 of convertible notes into common stock and $4 million drawn down from its new line of credit.
In April 2017, EPTI closed on a $7.5 million line of credit provided jointly by a prominent finance group specializing in export-import financing and a US government lending organization. Currently, EPT has drawn approximately $4 million on its line of credit based on its borrowing availability. EPTI plans to draw down on the balance of this line to support its continued growth and working capital needs. Concurrently, EPTI also converted $14 million of subordinated debt into common stock at $1.40 per share.
“This new equity investment of $2.9 million, the conversion of $760,000 of debt to equity, the $7.5 million line of credit, and the conversion of $14 million in subordinated debt to equity provides EPTI with the strongest balance sheet in the company’s history and the capital needed to grow its business,” stated David Skriloff, CEO.
We like what we see at EPT Environmental Packaging Technologies (OTCMKTS: EPTI) as they are becoming a pioneer in the field of flexitank manufacturing. A flexitank is a soft sided single use container enabling bulk shipment of non-hazardous liquids. Flexitanks are considered to be the least expensive and most environmentally friendly way to ship bulk non-hazardous liquids over long distances. We will keep EPTI on the radar as they make new highs and continue increasing the daily volume, this simple yet efficient solution is a unique niche part of the shipping subsector and we will be watching how the numbers grow. The next time you see a box of wine, think of EPTI. For continuing coverage on shares of $VSLR stock, as well as other breakout stock picks, sign up for our free newsletter now and get our next hot stock pick!