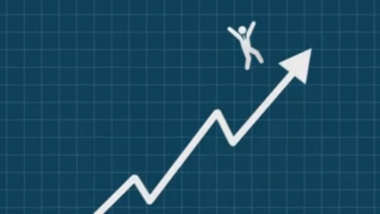 Endonovo Therapeutics Inc (OTCMKTS:ENDV) is a low-float momentum play with recent catalysts that has the OTC trading crowd scrambling to catch up at the moment. ENDV’s only notable recent press release was its announcement about two weeks ago that it has filed a non-provisional patent application with the United States Patent and Trademark Office (USPTO) covering a method to treat tissues and organs using its non-invasive electroceutical technology.

The non-provisional patent application follows the Company’s on-going research and development into the development of a novel class of non-invasive therapeutics known as electroceuticals. “We are very excited about our new generation of non-invasive electroceuticals developed specifically to target vascular diseases and ischemic injuries,” stated Endonovo Chairman and CEO, Alan Collier.

Endonovo’s Immunotronics platform is a non-invasive, non-implantable bioelectronic device for treating/preventing vital organ failure through the reduction of inflammation and necrosis, and the promotion of regeneration. Endonovo’s Cytotronics platform provides for a method of expanding and manipulating cells using simulated microgravity and Time-Varying Electromagnetic Fields (TVEMF) for tissue engineering and cell therapies.

According to company materials, “Endonovo Therapeutics, Inc. is a leading developer of bioelectronic-enhanced cell therapies and non-invasive electroceuticals. Endonovo’s Immunotronics platform is dedicated to treating patients with vascular diseases and life-threatening inflammatory conditions in vital organs using proprietary non-invasive electroceutical devices. The Company’s non-invasive platform is based on magnetically-induced electrical field pathways that target the disruption of inflammation and cell death. The Company’s Cytotronics platform harnesses the bulk electrical properties of cells and tissues, namely magnetically-induced electrical field pathways to expand and enhance the therapeutic potential of cell therapies and produce next-generation biologics.”

Find out when $ENDV stock reaches critical levels. Subscribe to OracleDispatch.com Right Now by entering your Email in the box below.

As noted above, ENDV recently announced that it filed a non-provisional patent application with the United States Patent and Trademark Office (USPTO) covering a method to treat tissues and organs using its non-invasive electroceutical technology as part of the company’s on-going R&D program with a strong focus on “electroceuticals”. The action in the stock has been sturdy in the two weeks following the announcement, with a technical breakout now in the books to start the month of April.

“We believe that this new technology is vastly superior to the original technology, initially developed at NASA, which was higher powered and originally designed for bone healing. Our new signal, which we will be using in our entire pipeline targeting vascular diseases and ischemic injuries, was developed using our scientific team’s twenty plus year experience in researching and developing electrical and bioelectromagnetic therapeutics,” concluded Mr. Collier.

The Company is evaluating the therapeutic potential of its new electroceutical technology in prevention of heart failure following myocardial infarction. The Company now anticipates initial results from its ongoing pre-clinical study in the second quarter of 2017.

Overall, we’ve witnessed nearly 610% piled on for shareholders of the listing during the trailing month, a bounce that has taken root amid largely bearish action over the larger time frame. Market participants may want to pay attention to this stock. ENDV is a stock whose past is littered with sudden rips. Moreover, the name has benefitted from a jump in recent trading volume to the tune of approaching 560% beyond what we have been seeing over the larger time frame.

This is particularly important with the stock trading on a float that is rather limited at just 57M shares. It’s something the veterans know to key on: a restricted trading float and a jump in trading volume can crimp supply and push share prices higher.

Earning a current market cap value of $11.2M, Endonovo Therapeutics has virtually no cash on the books, which must be weighed relative to about $1.6M in total current liabilities. One should also note that debt has been growing over recent quarters. The company is pre-revenue at this point. You can bet we will update this one again as new information comes into view. For continuing coverage on shares of $ENDV stock, as well as our other hot stock picks, sign up for our free newsletter today and get our next hot stock pick!