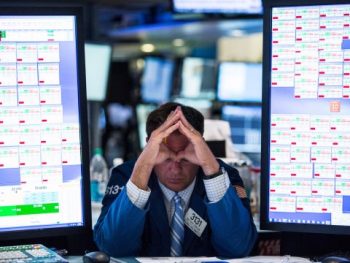 Efuel EFN Corp (OTCMKTS:EFLN) is a micro-cap name that has started to engage some focus among traders and investors as prices get a little traction in bounce mode. EFLN has been an off-and-on favorite over the past 5 months or so for OTC traders. But the latest catalyst is something we haven’t really seen before: The company just announced that it has elected to hold 1,600,000,000 (one billion and six hundred million) restricted shares of Common Stock at the fixed price of $1.00 per share.
According to the release, “EFLN would like to continue to increase the value of the company by buying from the market and restricting (by holding) these shares. This means the company cannot sell any shares until the price of our common stock is $1.00. By doing this, it will help increase our credibility, and allow us to borrow additional funds to invest back into the company. The company share structure not changing. EFLN has 2,500,000,000 common shares, 1,000,000,000 Prefer “A” shares and 35,000,000 Prefer “B” shares with voting right according to company BY-LAWS.”
Efuel EFN Corp (OTCMKTS:EFLN) bills itself as a holding corporation with five business divisions: 1. Solar and Wind Energy Division. 2. Real Estate, Agricultural Land Division. 3. Investment Division. 4. Retail, Hospitality Division. 5. Plans and Construction Division. The management of these five divisions have visions, and goals to advance business operation that will grow in this economy.
eFUEL EFN, Corp., an Internet services company, provides various Web based services. It offers outRAGEousEncounters.com, an online dating site. It also owns commercial real estate located in the City of Wilcox County, Georgia. The company was formerly known as Preservation Science, Inc. The company was founded in 1997 and is based in Wildwood, Florida.
As of January 19, 2011, eFUEL EFN, Corp. operates as a subsidiary of Euro-American Financial Network, Inc.
Find out when $EFLN stock reaches critical levels. Subscribe to OracleDispatch.com Right Now by entering your Email in the box below.

As noted above, the company has just announced a very original scheme to generate shareholder value: they are restricting shares and naming a future price. We have a bit of experience with markets and can say plainly that this is not the sort of thing that actually creates shareholder value. But as a ploy to counter fear of rampant dilution, it may well have some positive impact.
In fact, already we are seeing a clear impact, with share prices up as much as 100% since making the announcement. However, note that we have another roughly 58,000% to go before we get the company’s target to lift the action ban. I would like to say, “we’ll wait until then to update it,” but that would be a bit crass and uninteresting. So, I’ll instead focus on the commentary from the company’s CFO (likely the man with the plan):
The Chief Financial Officer, Mr. Slavoljub Stefanovic, states, “We are making tremendous progress with the company. I remain fully confident with the long term growth of company. I am not worried with the day to day, or short term fluctuations of the stock price.” Mr. Stefanovic continues, “I have managed a very large fund called EURO-AMERICAN FINANCE NETVORK, INC., so I understand that it takes hard work and dedication, to make a company prosperous. Investors and shareholders will begin to notice the potential this company offers.”
The chart shows just under 120% piled on for shareholders of the stock during the trailing month. Market participants may want to pay attention to this stock. EFLN has a track record that includes a number of dramatic bounces. Furthermore, the company has seen an influx in interest of late, with the stock’s recent average trading volume running just shy of 110% above the average volume levels in play in this stock over the longer term.
Now commanding a market cap of $5.17M, EFLN has no reported financial data that we could find, and is represented on OTCmarkets.com as lacking a standard reporting process and unwilling to present audited data. Hence, we cannot know with any confidence any information about cash, debt, or revenues. So, we can probably assume the reality of the company’s financial situation is likely not good. You should default to this notion until or unless the company is willing to provide plausible financial information. That said, this may be a very interesting story and we will look forward to updating it again soon. Sign-up for continuing coverage on shares of $EFLN stock, as well as other hot stock picks, get our free newsletter today and get our next breakout pick!
Disclosure: We hold no position in $EFLN, either long or short, and we have not been compensated for this article.