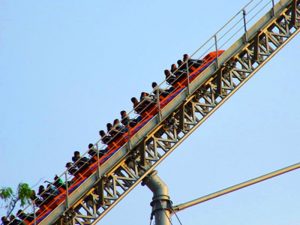 Easton Pharmaceuticals Inc (OTCMKTS:EAPH) has been powering in an uptrend as traders digest the impact of the company’s recent announcement that it has entered into negotiation for the purpose of filing an application in Jamaica to grow and export medical concentrated Marijuana into various countries including Canada, Mexico, and Brazil. However, that announcement was two weeks ago, but the stock went wild on the upside on Monday. We don’t see a clear new catalyst, but we thought it would be a good idea to take another look at this stock in light of the resurgent strength.

Last time we covered this play, we noted that Easton has made investments in the medical marijuana industry through AMFIL Technologies, a company involved in medical marijuana and other industries as well as advancing funds towards another Canadian medical marijuana initiative who has received a letter to build under the MMPR system in Canada. However, more recently, the company received a preliminary proposal from a major multi-national pharmaceutical company for its regulatory approved, patented VagiSan woman’s diagnostic test Bacterial Vaginosis for Mexico and Ecuador.

According to company materials, “Easton Pharmaceuticals is a diversified specialty pharmaceutical company involved in various pharmaceutical sectors and other growing industries. The Company previously developed and owned an FDA-approved wound-healing medical device and currently owns topically delivered drugs to treat cancer and other therapeutic products to treat various conditions that are all in various stages of development and approval. Easton has partnered with BMV Medica and together, own the exclusive distribution rights in Mexico and Latin America for patented women’s diagnostic and preventative care products, along with two generic cancer drugs Paclitaxel and Docetaxel.”

Find out when $EAPH stock reaches critical levels. Subscribe to OracleDispatch.com Right Now by entering your Email in the box below.

In the company’s most recent release, they note that Easton “has previously demonstrated its strong desire and commitment to enter the lucrative market of medical marijuana. To further demonstrate its commitment, Easton can now confirm and disclose it has been in negotiations with several advanced staged license applicants in both Canada and now Jamaica. The countries of Mexico and Brazil currently allow the importation of Marijuana, while Canada is expected to federally approve Marijuana for recreational use in the spring of 2017. Many other states in the United States have also recently passed legislation approving it.”

Importantly, marijuana can easily be grown outdoors in Jamaica’s moderate climate, which substantially reduces the various costs, providing increased margins and profitability as opposed to Canada where it is grown indoors with many stringent regulations and up front infrastructure costs necessary for production. Easton believes it can export concentrated medicinal marijuana through its distribution network in Mexico and other parts of Latin America where the importation of medical marijuana is legal. The company further believes it can be one of the first to supply medicinal concentrated marijuana to licensed producers in Canada.

Traders will note 56% tacked on to share pricing for the name in the past week. Market participants may want to pay attention to this stock. EAPH has a history of dramatic rallies. What’s more, the company has seen interest climb, with an increase in recent trading volume of 7% beyond what we have been seeing over the larger time frame.

Earning a current market cap value of $15.9M, EAPH has virtually no cash on the books, alongside total assets a bit over $1.4M, which is balanced by an extremely limited amount of total accumulated debt.

With Canadian laws set to relax, Jamaica is centrally located for export to four different major markets. It is likely that Monday’s move presents positive information about the company’s negotiation for the rights to set up its facilities there. We will update the story again soon as further details emerge. For continuing coverage on shares of $EAPH stock, as well as our other hot stock picks, sign up for our free newsletter today and get our next hot stock pick!