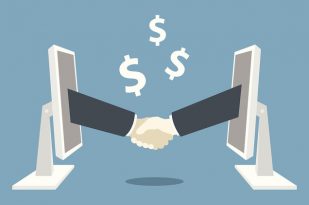 Easton Pharmaceuticals Inc (OTCMKTS:EAPH) recently announced the execution of a final agreement completing the 100% acquisition of a revenue generating vaporizer and e-liquids manufacturer, iBliss Inc. and its holding company. EAPH stock price moved like others in the industry rallying in October 2016. Easton was a triple zero sub penny who went from triple zero status to .05 cents which is a significant move, they did this on large volume, and continued this rally into January topping at near .06 cents and then pulling back with some profit taking.

The industry trend pushed shares higher in all cannabis stocks, now it is up to many of these company’s to execute the business plan. Easton is doing this completing terms of the recent acquisition which included installment cash payments to be paid over a 90 day period with the first payment submitted on closing and up to 200 Million restricted Rule 144 shares in Easton’s common stock, to be released in tranches based on sales target milestones. iBliss at its peak two years ago maintained healthy sales of $15,000,000 with 40% profit margins, but are once again on the rise and projected to again reach $15,000,000 due to recently executed new international distribution agreements.

Easton Pharmaceuticals Inc (OTCMKTS:EAPH) and iBliss intend on launching consumer health products in liquid form to be used through vaporizers. In addition to its e-liquids and vaporizer business, Easton and iBliss are developing a strategy to submit an application to Health Canada to obtain a medical marijuana license (LP) for the country Canada and anticipate a rapid approval given iBliss’ successful revenue positive business and the marijuana experience of iBliss principles who currently possess older medical marijuana licenses.

The LP MMJ license is to coincide with the recent announcement by the federal liberal government in Canada to legalize recreational medical marijuana throughout Canada to be launched in June of 2018.

Find out when EAPH stock reaches critical levels. Subscribe to OracleDispatch.com Right Now by entering your Email in the box below.

The completion of the iBliss acquisition and its sales has resulted in Easton looking to retain auditors for its intent on filing a Form 10 or S1 registration statement towards becoming a fully reporting issuer with the Securities and Exchange Commission.

Evan Karras, CEO of Easton, stated, “We are excited to have completed this strategic acquisition of iBliss and we look forward to working with the iBliss management team to increase our local distribution, expand our international sales and launch innovative consumer health products. Easton has some very exciting plans and this is expected to be the first of many to follow.”

Easton is expected to reach $20 million in sales per year in the next three years, with sales increasing thereafter with the production of medical marijuana and legalization in various countries around the world. Easton will be disclosing more information after its meeting later this week. Other acquisition targets are also being negotiated with announcements pending.

EAPH is doing this in real-time completing these revenue based acquisitions, it will be critical to watch the next few quarters for all cannabis stocks, and we will be watching these shares closely along with many other cannabis stocks as they move away from the seminal event the sector had after the election.

Cannabis is in the first inning of a very large move and potentially will be one of the most important moves in selected stocks in this sector in our lifetime – even greater than many of the technology moves of the 1990’s. For continuing coverage on shares of EAPH stock, as well as our other hot stock picks, sign up for our free newsletter today and get our next hot stock pick!