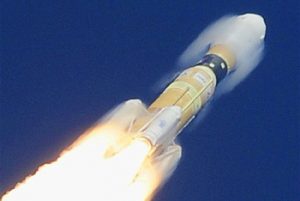 Matinas BioPharma Holdings Inc (OTCMKTS:MTNB) is a micro-cap player in the biotech space, with some very interesting tech already in the pipeline. MTNB stock has been on fire, already as much as tripling so far in 2017, with the majority of that upward action coming on the heels of the company’s 2017 business outlook and milestones primer. Hence, we thought it would be a good idea to comb through that document and pick out some highlights to make sense of the tone for this stock.

Before we dive into that material, it’s important to note the action as well as some details about the business. Recent action has seen 62% during the past month in terms of shareholder gains in the name. What’s more, the listing has benefitted from a jump in recent trading volume to the tune of 310% over the long run average. Since we last covered the name, the stock has moved 91% higher.

Matinas BioPharma Holdings Inc (OTCMKTS:MTNB) bills itself as a clinical-stage biopharmaceutical company that focuses on identifying and developing therapeutics for the treatment of fungal and bacterial infections using its lipid crystal drug delivery cochleate platform.

Its lead product candidate is MAT 2203, an oral formulation of the broad spectrum anti-fungal drug amphotericin B that has completed Phase Ia study for the treatment of fungal infections.

The company is also involved in developing MAT2501, an oral encochleated formulation of the IV-delivered aminoglycoside antibiotic used for treating hospital-acquired infections, including Gram-negative bacterial infections; MAT9001 for the treatment of triglycerides or severe hypertriglyceridemia, and dyslipidemia; and MAT8800 discovery program, which intends to identify product candidates derived from omega-3 fatty acids for the treatment of non-alcoholic fatty liver disease (NASH).

Matinas BioPharma Holdings, Inc. was founded in 2011 and is based in Bedminster, New Jersey.

Find out when $MTNB stock reaches critical levels. Subscribe to OracleDispatch.com Right Now by entering your Email in the box below.

Perhaps the best way to summarize what the company wants to accomplish is to listen to its top voice, Roelof Rongen, Chief Executive Officer:

“We believe that our operational diligence and focus during 2016 has positioned Matinas for a potential breakthrough year in 2017. We look forward to reporting Phase 2 data from the two studies ongoing with MAT2203, as well as reporting the Phase 1 topline data for MAT2501 in the first half of this year.  We believe this human clinical data will provide further validation of our proprietary cochleate platform technology, and following an expected meeting with the FDA in the second half of 2017, will position MAT2203 to enter a pivotal registration trial for the prevention of invasive fungal infections (IFIs) in patients on immunosuppressive therapy while receiving chemotherapy for hematologic malignancies.”

In terms of strategic goals, the company notes that it looks forward to opening of a Good Laboratory Practice (GLP) lab space/Good Manufacturing Practice (GMP) commercial scale manufacturing facility in 1H 2017. The company also plans to up-list to a national securities exchange in 1Q 2017 and to evaluate strategic opportunities to leverage cochleate technology to improve the therapeutic profile of drugs for potential partners.

We would also note that a clear driver of the action right now is likely market players anticipating results and data from a Phase 1 study with MAT2501, which should be hitting any time over the next few weeks.

At this time, carrying a capital value in the market of $283.2M, Matinas BioPharma has a significant war chest ($6.3M) of cash on the books, which stands against about $199K in total current liabilities. One should also note that debt has been growing over recent quarters. The company is pre-revenue at this point. This is an exciting story, and we look forward to a follow-up chapter as events transpire. For continuing coverage on shares of $MTNB stock, as well as our other hot stock picks, sign up for our free newsletter today and get our next hot stock pick!