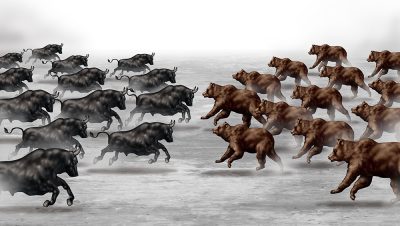 APHRIA INC COM NPV (OTCMKTS:APHQF) is a key player in the Canadian cannabis space. The stock has been all over the map lately, and traders are wondering what the story may be. We take a look and give our thoughts here.

First off, the key catalyst on the menu for this stock over the past few weeks is the existence, and the company’s acknowledgement of, Canada’s plan to legalize marijuana for recreational use nationwide starting in the middle of next year. Vic Neufeld, Chief Executive Officer of Aphria, said: “Aphria has a proven track record of supplying Canadian patients with high-quality, medical grade cannabis. We welcome the federal government’s introduction of a regulatory framework legalizing cannabis for Canadians to keep profits out of the hands of the black market, restrict access to youth, and ensure clean and safe product.”

APHRIA INC COM NPV (OTCMKTS:APHQF) bills itself as a company that produces, supplies, and sells medical cannabis in Canada. Its cannabis products include dried flowers and cannabis oils.

The company sells its products through its online store and telephone orders, as well as MMPR licensed producers. Aphria Inc. is headquartered in Leamington, Canada.

According to company press materials, “Aphria Inc., one of Canada’s lowest cost producers, produces, supplies and sells medical cannabis. Located in Leamington, Ontario, the greenhouse capital of Canada. Aphria Inc is truly powered by sunlight, allowing for the most natural growing conditions available. We are committed to providing pharma-grade medical cannabis, superior patient care while balancing patient economics and returns to shareholders. We are the first public licensed producer to report positive cash flow from operations and the first to report positive earnings in consecutive quarters.”

As noted above, the stock has been partly responding to Canada’s plan to legalize across the board. But the stock has actually struggled to hold onto recent gains in a high-volume tape over the past 10 days or so. The action has been a bit of a roller coaster.

In such situations, one can look for immediate or proximal catalysts to account for every little squiggle on the chart. Here, at Oracle Dispatch, we have a team with collected experience measured in decades, and we know to avoid falling into that trap. When you see a failed breakout like the one on the APHQF chart over the past 5-8 days, it’s important, and it doesn’t mean you missed some rumor or headline. It says something about the sustainability of a rally driven by nothing but rock-solid balance sheet numbers and increasing legality of a commodity.

While those are fantastic attributes, they do not spell “growth”. As marijuana becomes increasingly legal, it will also become increasingly well-supplied by an increasing number of increasingly well-capitalized producers. In other words, the headline that Canada is going “Colorado” on this issue is a headline that will have just as much impact on the supply of cannabis as the demand. The only way a headline like that has a massively bullish impact on a producer is in the earliest stages when people are wondering if it will be legal at all. But we are now well and truly past that stage.

As such, we aren’t particularly surprised to see the short-lived bullish breakout, and the subsequent fade.

As far as differentiation, APHQF can take an increasing share of the pie by one strategy alone: stomp out the competition. For a company with over $84 million in cash on the books, that is simply done: support an increasingly costly path for early participation – a higher bar for entry. This strategy is already at work, as highlighted by another Neufeld quote from the company’s most recent press release:

“Having served tens of thousands of Canadian patients since 2014, we have witnessed first-hand the benefits of cannabis and support expanding access to all eligible Canadians. That said, we firmly believe that there is a critical need to set clear and enforceable rules to ensure that customers are protected and have access to clean and safe product. This is of utmost importance given the expected demand that will come with the introduction of a recreational market. As such, Aphria is calling for a strict product-testing regime across the sector. These costs should be absorbed by the Licensed Producers, not government, to ensure the regulations are enforced and taxpayers do not bear the burden of these costs. This new regime would include Health Canada visiting industry members regularly to survey their operations and test their products for safety.”

It’s plain to see: “strict product-testing regime across the sector… costs should be absorbed by the Licensed Producers, not government”. These are not the sentiments of a new undercapitalized player in the game. This is how the current leaders make sure new blades of grass do not grow up by laying stones on the soil. It’s the spoils of victory for an early mover in a new industry.

Aphria Inc has a significant war chest ($84.4M) of cash on the books, which compares with about $1.6M in total current liabilities. One should also note that debt has been growing over recent quarters. APHQF is pulling in trailing 12-month revenues of $17.5M. In addition, the company is seeing major top line growth, with y/y quarterly revenues growing at 91%. As more color becomes clear on the name, we will review the situation and update our take. For continuing coverage on shares of $APHQF stock, as well as our other hot stock picks, sign up for our free newsletter today and get our next hot stock pick!