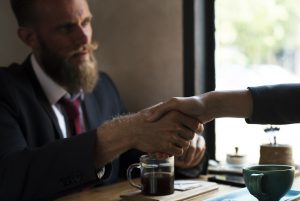 CytRx Corporation (NASDAQ:CYTR) took a jump up in trading on Friday and traders will certainly be watching the stock’s movement today. CYTR announced a licensing deal with NantCell for aldoxorubicin, which will net the company $356M all told.
Under the deal, Nantcell bought $13M of CYTR stock at a premium market price and CYTR will receive double-digit royalties. Some had speculated that an acquisition was on the horizon and this deal was almost better than what was predicted and the stock vaulted to YTD highs.
CytRx Corporation (NASDAQ:CYTR) is a clinical-stage, biopharmaceutical company focused on discovering, developing and commercializing new therapeutics to treat patients with cancer. CytRx’s initial focus is on seeking regulatory approval for and commercialization of their lead drug candidate, aldoxorubicin, an improved version of the widely used chemotherapeutic agent doxorubicin.
Aldoxorubicin is currently in late-stage clinical development for the treatment of relapsed soft tissue sarcoma, and is also being evaluated in several other cancer indications with significant unmet clinical need, including small-cell lung cancer.
Find out when $CYTR stock reaches critical levels. Subscribe to OracleDispatch.com Right Now by entering your Email in the box below.

Here are some interesting quotes from the announcement:
“We are excited to forge this new relationship with NantCell. They are committed not just to bringing aldoxorubicin to the market for patients with soft tissue sarcomas, but to expand aldoxorubicin’s potential use in combination with both immuno-oncology and cell based therapies to better serve patients suffering from cancer,” said Steven A. Kriegsman of CYTR. “This license and strategic investment will put aldoxorubicin in the hands of a committed partner who pioneered the development of albumin based chemotherapeutics, and will allow CYTR to continue to create new ultra-high potency drug candidates based on our LADR™ technology platform. Aldoxorubicin will clearly benefit from the first-hand experience of the NantCell management team led by Dr. Patrick Soon-Shiong, who developed and gained regulatory approval under a 505(b)(2) pathway and commercialized Abraxane®, an albumin-mediated cytotoxic agent which currently grosses approximately $1 billion in annual sales.”
“Aldoxorubicin’s distinct profile makes it the first anthracycline to allow for continuous dosing without increasing cardiac toxicity which would be beneficial for the 17 indications for which doxorubicin is currently approved and other indications where it could provide benefit,” stated Dr. Soon-Shiong, NantCell’s Chairman and Chief Executive Officer.  “We aim to rapidly incorporate aldoxorubicin into multiple treatment protocols for major tumor types like breast and brain cancers as well as sarcomas.”
CytRx Corporation (NASDAQ: CYTR) is riding a high today, but this stock is known for its volatility. We have covered that extensively. CYTR has seen dramatic rises and just as gasping falls. CYTR has a long way to go to be a solid performer, but this deal does help out the long-term prospectus of the company. CYTR currently has a market cap of $139.92M and 152.05M shares out. We are watching this stock closely this week. For continuing coverage on shares of CYTR stock, as well as our other hot stock picks, sign up for our free newsletter today and get our next hot stock pick!
Disclosure: we hold no position in $CYTR, either long or short, and we have not been compensated for this article.